"We are not an office for the defence of human rights, says the newly appointed Czech Defender of Human Rights".

Roses are red;
Violets are blue;
Authoritarian-minded rulers are taking rights away from unpopular groups;
Next up, it's you.

In connection with the above statement, this is an exclusive interview with Andrew Stroehlein the Human Rights Watch European Media Director, based in Brussels:

Why is the role of ombudsman important?

The ombudsman’s office is there to help people have their rights protected, in particular when the government or other authorities are undermining an individual’s rights in some way. It’s beyond absurd – the pinnacle of absurd, actually, beyond anything Havel could have written in one of his plays – for an ombudsman to say his office has nothing to do with human rights. What’s he there for? Flipping burgers at McDonalds?

Can people live without human rights?

Ask people in Saudi Arabia or North Korea or Eritrea, where people do live under regimes that have no respect for human rights. They will tell you how important fundamental freedoms are. Except of course, they can’t speak freely, so they won’t be able to tell you anything.

It’s true though that human rights are something people maybe notice more when they’re gone. When you live in a state where no one is above the law, where you know that if you go to court you’ll be treated fairly, where you can go where you like, meet up with whoever you like, say what you like… That just seems normal to people. We take it for granted.

And then, when they’re gone… what have you got? When you can’t speak freely... When you can’t meet up with your friends... When the courts work for the regime rather than for the law…

Why do you think people disdain human rights?

For years, in many countries, there has been a concerted effort to attack the concept of human rights – attack the concept that we all have fundamental freedoms. This is an authoritarian movement, and it is international. It’s politics, so it’s about power, and the idea that we all have fundamental rights as human beings is something that authoritarians cannot stand. Respecting rights is the exact opposite of absolute power.

How do you persuade people to listen?

Actually, people generally get it. We all understand when politicians are trying to take our rights away.

What we’re sometimes not so good at is understanding that – when politicians are taking away the rights from other people – we may be next.

We often see minorities (like Muslims in the CzR) the target of attacks first. They are small, weak and vulnerable in society, so they are easy for politicians to pick on, harass…

What we all have to understand is that respect for our rights depends on respect for everyone’s rights. It’s what the world got together for when creating UDHR in 1948. The horrors of WW2 and the desire to say “never again.”

How do you explain to them that their frustration is damaging them? 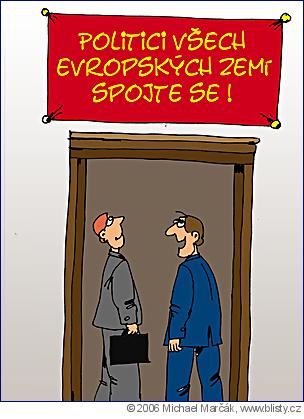