As a 19-year-old, Ondráček joined Czechoslovak communist police and has admitted that he beat some demonstrators with a truncheon during the anti-regime demonstrations of the so-called Palach Week in January 1989, which marked the twentieth-anniversary since the immolation of Jan Palach.  Palach had burned himself to death in protest against the 1968 Warsaw Pact invasion. At the time, Vondráček granted an interview to communist Czechoslovak Television in which he strongly supported police action against the demonstrators:


Almost thirty years on, he says that he still adheres to his 1989 views that police action against the demonstrators was correct.


Recently, Mr. Ondráček has passionately supported the Russian invasion of Eastern Ukraine and has railed on Facebook against the "fascist" government of Petro Poroshenko in Kiev, using fake images (from the making of a historical film) to discredit the regime:

Ondráček is major pro-Putin figure on the Czech political scene. He was elected the Head of the Parliamentary GIBS police oversight committee by MPs from Babiš's populist party ANO, from Okamura's extreme right-wing SPD party and from the Communist Party. The three parties have a parliamentary majority, although they have not formed a formal coalition.


GIBS has recently been under pressure from Andrej Babiš, who has been trying to force its Head Michal Murín to resign.  Babiš is being investigated by Czech police for alleged fraud. Observers in the Czech Republic fear that Babiš is trying to replace Murín with his own man  who as a new Head of the Police Inspection Service  would then dismiss the policemen investigating Babiš's alleged fraudulent behaviour.

Andrej Babiš has not managed to form a government which would have been approved by Czech Parliament but he remains in post as an acting Prime Minister and continues to make major political decisions, although his government is illegitimate.

"So they have managed to do this. Interesting times are beginning," says Czech left-wing commentator Ondřej Slačálek:

Czech PM Babiš: It does not matter that my government does not have parliament's confidence 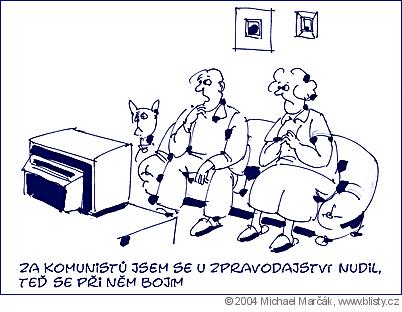