Under pressure, Czech communist MP has resigned from his new police inspection post


On Tuesday afternoon Zdeněk Ondráček, Czech communist MP resigned from the post of chair of the parliamentary police oversight committee to which he had been elected by Czech Parliament only three days ago. His resignation followed demonstrations against him and the current caretaker Prime Minister Andrej Babiš, which took place in Prague and in other Czech towns and cities on Monday.
Ondráček said that he was resigning because he and his family had become the target of serious threats over the past few days. He said he was afraid he could be lynched. He characterised his opponents as a "democratic cesspit".
Some opposition, right-wing MPs expressed the view that Ondráček's sudden resignation was a part of a "political agreement" between the Czech Communist Party and Babiš's ANO movement and it was a part of their negotiations about forming a viable government.
As a 19-year-old, Ondráček was a member of an emergency communist police unit which attacked anti-regime demonstrators with batons in January 1989. His election to chair the parliamentary  police oversight committee of GIBS has been widely criticised.
Although commentators point out that Ondráček must have been elected with the consent of Prime Minister Babiš, who rules his ANO party with a rod of iron and strictly demands discipline from its MPs and activists, on Sunday night Babiš made a U turn and published a statement on Twitter and Facebook saying that he disagreed with Ondráček's appointment. After Babiš had said he did not support Ondráček and after the anti-communist demonstrations in the Czech Republic on Monday night, it appeared that Ondráček's fate was sealed and he was forced to resign from his new post.
However, it would appear that the public protests, Babiš's U-turn and the prevailing public discourse in the Czech Republic are somewhat missing the point.
The point surely is not that Ondráček as a 19-year-old had joined Czech communist police. Yet it was primarily his work for the communist police in 1989 that had led to the Monday demonstrations.
The point is that now, almost thirty years later, Ondráček still holds authoritarian views, that he is a disseminator of fake news and that he acts as a pro-Putin agent in the Czech Republic.
In the past few days, Petr Žantovský, another disseminator of fake news and a collaborator with the strongly xenophobic website Parlamentní listy has been appointed member of the state regulatory body for the Czech News Agency. Tomio Okamura, the leader of the extreme right-wing SPD political party, who has recently been named Deputy Chair of the Czech Parliament, remains in post.  No one seems to be demonstrating against those developments. 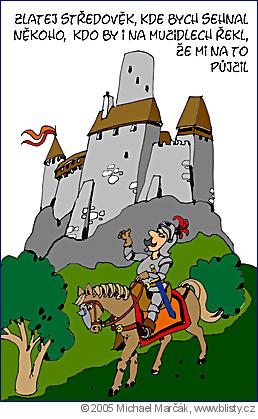