Czech anti-refugee party: The Czech Republic must secure its borders and must leave NATO and the EU

"By closing its borders, Germany has signalled to everyone that each country must now take care of its own interests," says Czech MP Tomio Okamura's party Dawn - National Coalition. "Hungary understands this well and hence it has declared a state of emergency. Austria, Slovakia and the Netherlands also understand this well. In all these countries, armies have been deployed to protect their borders. The Czech government must follow suit. The Czech Army must be immediately deployed on the Czech border, using modern technology against the immigrants, such as thermal cameras. The Czech Republic must also start defending the external borders of the Schengen area. These steps must be taken by the Czech Republic regardless of what other countries do," says the press release of Dawn - National Coalition. Okamura´s party also demands that the Czech Republic should leave Schengen and that a referendum about the Czech Republic leaving NATO should take place without delay.

Okamura's party will also propose a referendum about leaving the EU during the forthcoming meeting of the Czech Parliament. "The immigration wave has been deliberately created with the aim of destroying the European nations. The crisis cannot be solved within the EU. This is just an illusion, disseminated by helpless politicians. It is the EU that has created this crisis. Europe is threatened with violence and chaos. Europe's multicultural dreams will end in islamic violence and the end of freedom in Europe. Islam and freedom are incompatible. We must now leave the European Union."

Okamura's party also demands the setting up of special police units which will secure the Czech border. "Czech soldiers must be recalled from Afghanistan. They are needed at home. NATO will never defend the Czech Republic, hence the Czech Republic must leave NATO."

Okamura's party also demands that the Czech Republic must stop supporting multiculturalism. "Patriotism must be rehabilitated."

The September meeting of the Czech Parliament will give priority to the "immigration problem". This has been demanded by the right-wing opposion, i.e. by the Czech Civic Democratic Party (ODS) and by Okamura's Dawn - National Coalition. The Czech government agrees. The Euro MP Jan Zahradil (ODS) says that since Germany has introduced border controls, the Czech Republic must do the same.

Martin Konvička, the leader of the Czech Anti-Islamic Bloc, has said in parliament that the European Union is currently disintegrating.

The Christian Democratic MP Ondřej Benešík, the Chair of the Parliamentary Committee for European Affairs, also demanded that the army should seal the border of the Czech Republic with Austria. "And only after the external Schengen border is made secure, we can start talking about a voluntary re-settlement of those refugees who have already managed to reach Europe. "When there is a hole in a boat, the hole must be blocked," said Benešík. 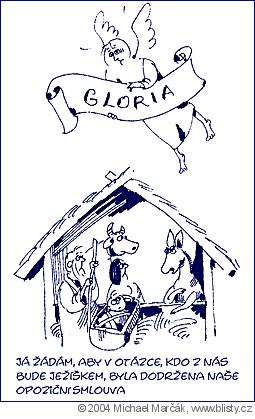