"To demand the imposition of compulsory refugee quotas on the EU countries ignores the fact that all the immigrants want to go to Germany, to which they are attracted by the high living standards and high social welfare payments. It also ignores the fact that no one wants the refugee quotas in the Czech Republic and in other countries. I guarantee to you that if quotas are imposed on the Czech Republic by voting here, the effect of this will be that a majority of Czech public will not want their country to remain in such a European Union," said Czech Euro MP Petr Mach in the European parliament today.

Petr Mach is the chair of the right wing "Free Citizens" party.

The current migration crisis is a sign of the disintegration of the European Union, said Petr Mach, a Euro MP and the chair of the right wing "Free Citizens" party in an interview with the 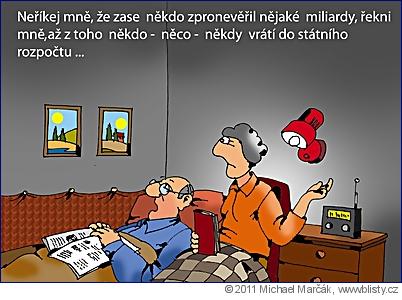