čas čtení 2 minuty
Jan Hamáček (39), the current leader of the Czech Social Democrats, has informed us on Twitter that he has started a project of "joint police patrols" in which Czech Police will cooperate with Polish police and Slovak Police. The purpose of the joint patrols is "to tackle increased criminality by foreigners".

By statements like these, Hamáček is evidently trying to attract extreme right wing support to the Czech Social Democratic Party,  the popularity of which has plummetted spectacularly over the past couple of years and whose electoral support is now 6,5 per cent.


There are no refugees in the Czech Republic and most European statistics prove that refugees and immigrants commit fewer crimes than the indigenous population.

Coincidentally, the German extreme right wing party Alternative fuer Deutschland has asked the regional government of the state of Saxony-Anhalt about the criminality of foreigners there. The official statistics show that 88 per cent of "political" crimes in that state has been committed by extreme right wingers and foreigners have committed only 0,7 per cent of crimes.  Source: HERE

The flirting of the leader of the Czech Social Democrats by publishing extreme right wing lies about "increased criminality committed by foreigners" is extremely dangerous. When mainstream parties flirt with extreme right wing ideas, voters vote for the real extreme right wing parties not for the centrist parties who are trying to mimic them.

Hamáček has responded on Twitter that what he is concerned about is the "criminality of foreign workers in the Czech Republic". Last year, he says, they apparently "committed 16 per cent of all criminal offences", this year, he says "it is already 26 per cent".

Some 12 000 foreign workers live in the town of Mladá Boleslav which is where the Volkswagen/Škoda car factory is located. This is about a  quarter of the total population there. Hence 26 per cent of crimes allegedly committed by foreigners would seem to be in line with the proportion of the population.

Czech populist, anti-refugee PM Andrej Babiš (who is under investigation for serious financial fraud) said on TV on Sunday  that Poche "will not be appointed Czech Foreign Secretary because "his work at the Foreign Ministry has an extremely negative impact". 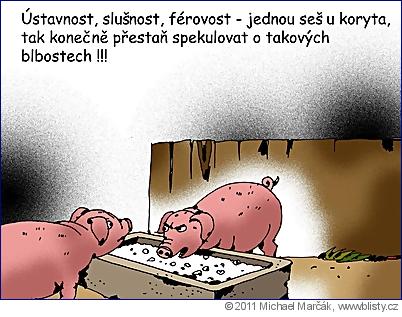