Former Czech President Václav Klaus: "The immigration crisis was created by the US and by Western Europe. Europe is committing suicide"

"The United States and some West European countries have created military conflicts in Iraq, Syria, Libya and Afghanistan. Without these wars, this huge migration wave would not have arisen. The European countries should have refused entry to any refugees whatsoever. Migration is not a natural human right. Believing that it is is a fatal error and if Europe continues to hold this belief, it will commit suicide. As you can see on television, these people are not impoverished unfortunates from conflict zones but young men in fancy clothing with mobile phones and IPads," said the Czech president Václav Klaus in Ostrava, Czech Republic, today, during the launch of a book by writer Václav Junek devoted to his genius.

Junek added: "Europe is betraying itself in an unprecedented way. In the past, we were able to talk to each other and to present a united front against Genghis Khan, the Arabs and the Turks. Nowadays, no rational power exists in Europe which would be capable of protecting the standards of living which we have reached and which we deserve. This is a total failure of the EU political leadership."

Klaus also strongly criticised the European Union for not defending the Schengen area: "For 18 months, smugglers' boats have been arriving at European shores with thousands of migrants and it was not until now that the EU has, with its typical 'decisiveness', decided to check them slightly more thoroughly from mid-September. Now Hungarian railway stations are besieged. When will this wave reach Prague? In a week? And no one does anything. This is stupid, silly, but also horrifying." Klaus added: "I have just read an excellent article in an Australian newspaper saying that Europe will be the first continent to commit suicide by political correctness. This is absolutely true." Klaus also suggested that the Czech Republic should leave the Schengen area temporarily. 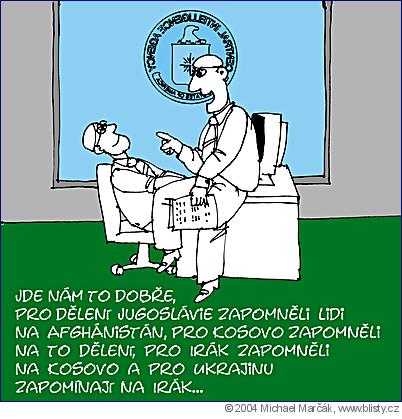