Czech Communist Euro MP Kateřina Konečná: "Merkel must realise she is not an absolute ruler of Europe"

"None of the large EU nations has any instruments which could force the Czech Republic to accept refugee quotas. The threats that they will stop EU subsidies for the Czech Republic are just verbal intimidation. The quota system will not work because if people do not want to be in a particular country, you cannot keep them in it. The West must support President Assad to help him stabilise Syria. The EU should have blocked the immigration wave at its borders long ago. Why does the EU not criticise Turkey for allowing immigrants to leave for Europe? There is no reason why the Czech Republic should bear responsibility for something it has not caused. Let the responsibility be born by the countries which have created chaos in the Middle East. The Czechs must have strong politicians able to stand up to Merkel and Hollande. Merkel must realise she is not an absolute ruler of Europe," said Czech communist Euro MP Kateřina Konečná to the controversial, highly popular Czech website Parlamentní listy. 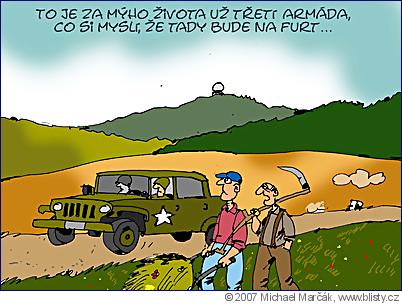