Why should the Czech government be bothering to build tent camps for the intruders near [the South Moravian border town of] Břeclav and thereby stress and frighten the local people? We have a beautiful fortress town called Teresienstadt (it is much safer that a tent camp) and the intruders could be concentrated there before they are deported, says Czech right wing extremist Adam B. Bartoš and chairman of the "National Democracy" group on Facebook. Czech police have started investigating Bartoš's statement. 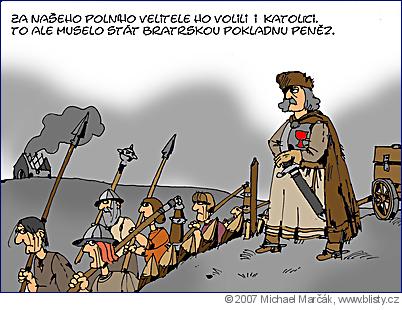