Deport all refugees, demand 94 per cent Czechs, and close the borders

An overwhelming majority of Czech citizens demands that Czech borders should be closed to prevent refugees from entering Czech territory. According to an opinion poll, conducted by the Focus agency, 78 per cent respondents demand that the guarding of Czech borders should be re-introduced, even if this means limiting the free movement of European citizens. 87 per cent of respondents have said that the refugee crisis is a large problem for the Czech Republic. 94 per cent Czech respondents are convinced that the European union should be deporting all refugees. 44 per cent of Czech are of the opinion that the Czech state should not be helping the refugees at all, whether they are Christian or muslim. The Focus opinion poll agency has interviewed 1000 respondents. 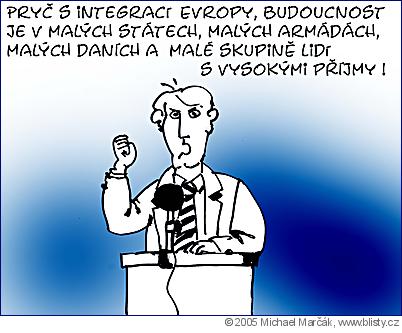