čas čtení 2 minuty
Czech President Miloš Zeman has infringed the Constitution by giving Andrej Babiš an indefinite period of time to form a government, says Czech constitutional  lawyer Jan Kysela. Babiš's government is also infringing the Constitution. Although it has officially resigned, Babiš's government remains in office and keeps making important decisions, although it does not have a mandate to do so.
Andrej Babiš's ANO movement won the general election which was held in the Czech Republic in October 2017, but his party has managed to secure only 78 seats in a 200-seat parliament. Babiš has since then formed a minority government, but he has failed to secure a vote of confidence in the Czech Parliament, so his government currently operates without the Parliament's support.
Last week, Czech President Zeman told Andrej Babiš that he can take as long as he wants to form a government and to gain confidence of the Czech Parliament. However, it is normally expected that a newly formed government will acquire the confidence of Parliament within 30 days of being set up. Babiš's minority government was created on 14th December 2017.
The Czech Constitution is based on the principle that a government in office must have confidence of Parliament, says Kysela. The President cannot grant  Babiš indefinite time to gain confidence of Parliament for his government because that is in conflict with the constitution.
"The President of the Republic is dutibound to make sure that a government that has resigned remains in office only as long as it is necessary and is replaced by a government that has been given confidence by Parliament as soon as possible," says Kysela. "The President must be the protector of the Constitution and not someone who infringes the Constitution."
A government that has resigned is entitled only to carry out routine administrative duties. It does not have the power to make major political decisions, which is what Babiš's government has been doing.
If the Czech President infringes the Constitution, Senate, the Upper House of the Czech Parliament can apply for his prosecution. However, a two-third majority of Senators' votes is needed for such a decision. It is a question whether so many Senators  would be willing to support such action, added Kysela.
Source in Czech HERE
Česká politická scéna | Babiš | Prezident Miloš Zeman ve funkci
0
Vytisknout
Britské listy plně závisejí na finančních příspěvcích čtenářů. Prosíme, přispějte. ➥
5427

Czech PM Babiš: It does not matter that my government does not have Parliament's confidence

Although Andrej Babiš's ANO movement won the general election which was held in the Czech Republic in October 2017, his party has managed to secure only 78 seats in a 200-seat parliament. Babiš has since then formed a minority government, but ... 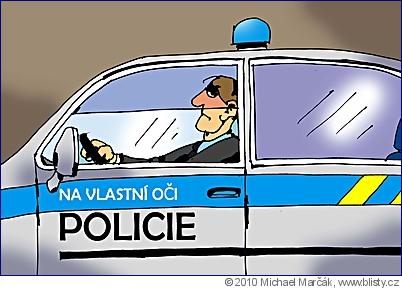