čas čtení 5 minut
On Saturday night I can count myself as one of the unlucky festival-goers to turn up too late to get into Bohdan Bláhovec's Show!, but fortunate enough instead to see the alternative picture at DKO II, Our Nixon. It was fitting after a turbulent day of elections in the Czech Republic to finish on a political documentary, and director Penny Lane has been extremely successful in crafting a full-length feature comprised entirely of archival footage that maintains both structure and the audience's interest.

United States President Richard Nixon will always be remembered for two things: his role in the Vietnam War and the Watergate Affair, the latter leading him to the dubious honour of the first leader of the United States to resign while still in office. The break-in and wire-tapping of the Democratic Party's Washington headquarters, organised by those at the very top of the White House chain of command, rocked American politics so deeply that only recently did some tapes and files become declassified and out of a government safe. Included amongst these were a staggering five hundred reels of Super 8 film recorded by Nixon's most inner circle -- Chief of Staff HR `Bob' Haldeman, Special Advisor John Ehrlichman and Deputy Assistant Dwight Chapin. These reels have been supported by television news footage and recordings of telephone calls between Nixon and the triangle to create a captivating documentary which breaks with convention. The predictable thing to do with such footage would be to create a scathing political exposé of Nixon and his staff, a well-trodden path that only retains slight relevance with the recent CIA snooping scandals. What we instead see in Our Nixon is the former President through the eyes of his most-trusted associates, revealing the differences between man and politician, at home and in the Oval office; and both the pleasures and strains of working day and night as staff for one of the most powerful people in the world.

The Super 8 form which dominates the documentary gives a feeling of intimacy and warmth which one would not normally associate with Nixon and his tenure. What's more, the portability of such a camera, especially in the hands of staff allows a contact far closer than any television news camera could ever reach. Lane is interested in contrasts primarily -- while we watch amateur video of the President on official visits, in the statesman-like role of office, we hear recorded phone calls which expose a far more candid side. Interviews recorded after Watergate and the resulting jail sentences for all three men on US television serves to provide further contradictions to what really happened during the scandal. It is to the credit of the director and the superb editing by Francisco Bello that conclusions on this political front are not rammed down the throat of viewers nor made so overt as to dominate the documentary -- when intertitles are used, they are done so sparingly, to either provide a minimal amount of context which could not be communicated through the archival footage or to denote who is speaking on the telephone. Far more important than this side is the commentary on public and private life which is offered through Our Nixon. To put it simply -- where is the line drawn between these two lives? Bob Haldeman, the man responsible for bringing the camera into the Oval Office as a keen amateur, obviously intended what he shot to be a souvenir of his time working for the President and something to look back on with fond memories later in life.

Therefore, we see two levels at work here: Haldeman himself blurring the lines by the very act of these recordings, and now of course the private collection being public by means of this release. Much like the recorded phone calls, this footage was never intended to be seen by the public. But where the natural reaction amongst media and political types would be to treat this as yet more evidence against the administration, we instead cherish the opportunity to see what Haldeman, Erlichman and Chapin saw every day. Saying that the film offers a degree of sympathy for Nixon would be a poor choice of wording, but what it does do is provide at times a very playful and good-natured look at the President. It also leads us to uncover the personalities of the men behind the camera: the footage, which judging by both the sheer volume of tapes uncovered and the shots chosen by the documentarists, reveal the excitement of the White House team and their desire to document everything, rather different than the picture enforced by history of stony-faced men in suits and immaculate hair lying through their teeth to the American people.

The first screening of Our Nixon had to compete with several in-demand films, and so the audience on Saturday night was disappointingly small. However, visitors to Jihlava can enjoy a repeat performance on Monday morning, and they are advised to do so, less they miss out on an entertaining and alternative picture of one of the most notorious men in American history. Despite the name, Our Nixon gives a refreshing take on a subject which has been both done to death and poorly executed in the past, and shines a light on the man thanks to the careful editing and new information finally released from the government vaults. 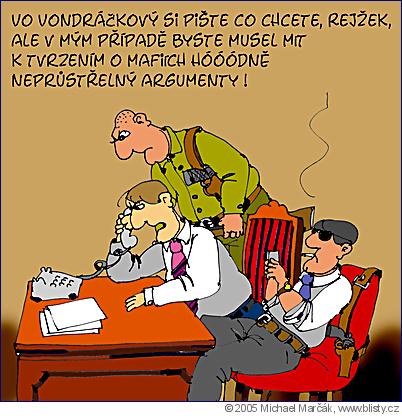