Leading Czech islamophobe Martin Konvička, who staged a mock ISIS invasion in Prague on Sunday, during which some people were hurt (see video here), has called on his followers to act against Professor Jiří Pehe, the Director of the Prague outpost of New York University, for standing up against anti-refugee hysteria. Mr. Konvička has appealed on Facebook to "do something to him i.e. Jiří Pehe] about which we are now even banned to write about":

Previously, Mr. Konvička, a professor of entomology from the University of South Bohemia, has become famous for demanding that muslims should be placed in concentration camps and/or ground down into bone meal. He is being prosecuted for these statements.

Mr. Konvička's call has produced a number of quite incredible reactions on facebook HERE. Some people are demanding that Professor Pehe be shot, others that he should be hanged, others that he should be "castrated and I would gladly take part in the procedure, it would take quite a long time". Facebook has not reacted, nor has the Czech Police acted against these threats to Professor Pehe. 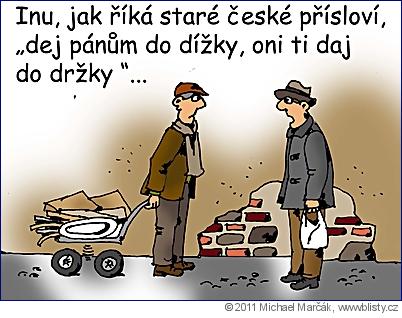