These people are no different from us

In the emerging debate on Britské listy on the worrying growth of racism in the Czech Republic I find one thing most interesting. It's curious, but not accidental, that most people I read in either Czech or international media who declare their opposition to the wearing of the Hijab in public spaces are non-Muslim men. It's troubling, particularly because it is indicative of 'soft' or under-the-radar racist attitudes which build up before boiling over in the increasing number of cases against either Muslims, Roma, or anyone that appears different to the white population (see the racism experienced by Doctor Solic's son on an Olomouc tram).

I'm sure many people who oppose the Hijab being worn in schools and in public places will say they are secularists, that they don't harbour ill-feeling towards Muslims, and so on. What they don't realise is that they are part of the scaremongering that helps the far-right. Personally, I am in favour of separation of the church and state. I strongly believe in secularism. Yet Muslim women being able to practice their faith and dress in a way they feel is respectful and comfortable is not changing this at all. What many people have a hard time getting to grips with is the simple fact that Muslim women exist - banning veils in schools is not going to make Muslims disappear. When I hear this is 'not a case of racism', I must laugh - who put the rules in place? Overwhelmingly, it is by white, non-Muslim men who would rather that Muslims should practice their faith underground and away from them (why do they never say this about the Catholic Church, I wonder, or the banning of celebrating Christian holidays). This in turn turns people who wear the Hijab into second class citizens, who apparently are not tied to the so-called 'values' of the state. We are prohibiting people from being themselves and observing their faith in order to please people who are terrified of seeing people who come from a different background.

The key question for the Czech Republic, and indeed Europe where this debate is raging, is do we wish to ostracise Muslims further, to try and bury their culture and not see it as normal and legimitate practice? Do we want Muslims to stand out like sore thumbs because people start regarding the Hijab as some sort of dangerous symbol of Islamicisation and extremism? The problem with racism is that we keep building the stereotypes of others as being different from us, aided by the lazy stereotypes that come from the moutpieces of the far-right and the man in the pub - all Muslims dressing this way must want Sharia law to take over, all Roma are lazy and steal, so on and so forth. They become for the racists a target for the country's problems because they are seen as the 'other', they are built up to be something they are not and demonised. We need to break from these labels - the hijab-wearing family who go to the Mosque on Politických vězňů in Prague are Czechs. The family of the murdered Roma man in Tanvald are Czechs. Their religion or their skin colour does not stop them being this. The state posing a ban of the unknown under the guise of 'secularism' doesn't make problems, or people, go away - it forces them to be outsiders and does the opposite of assimilation into a society. For me, such bans pander to the racists.

What also is more and more of a concern is why are these political and media debates always dominated by the same characters - the white intellectual, the university graduate, the male politician? More space needs to open up to accommodate for the viewpoints of those really affected by the issues at hand, be it Muslim women who wear the Hijab and those who suffer racism on a day-to-day basis. Many would probsably write and get their view across, if it wasn't for being talked down to by people like ourselves and fear of being the orientalised 'ethnic' contributer. It's another way in how we've failed to build a multicultural society out of our own prejudiced attitudes.

These people are no different from us, so let's stop legislation and attitudes that pretend that they aren't. 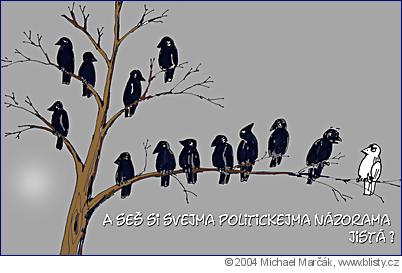