72,4% Czechs are of the opinion that Trump's invitation for Zeman to visit the White House is "extremely good for the prestige of the Czech Republic on the international scene".

The current Czech president Miloš Zeman (72) has announced that he will stand again in the elections for the post of the Czech President, which will take place in early 2018.

After a change in the law, in January 2013, Zeman was elected the President of the Czech Republic in the first direct elections to this post. In the election campaign he used populist manipulation and a number of techniques which anticipated the behaviour of the current US president Donald Trump. In the presidential office, Zeman has defined himself as an extreme-right wing populist and has become internationally infamous for his embarrassing anti-islamic and anti-refugee statements. He also assumes highly conservative, anti-environmental attitudes and seems to support authoritarian rulers. After the election of Donald Trump, Zeman was the first European politician to congratulate him and has been invited to visit Donald Trump in the White House.

Zeman is the main catalyst of an extremely hostile anti-muslim and anti-refugee atmosphere in the Czech Republic. In order to boost his popularity, he has created a thoroughly mendacious narrative about "evil muslims and refugees who threated the good Czechs in the Czech Republic".

Zeman is also often accused of acting as an agent of Russian interests in the Czech Republic. He has made pronouncements supporting Vladimir Putin and his invasion in the Ukraine. Zeman repeatedly demands that Western sanctions of Russia be dropped. He says he is a great admirer of Donald Trump. He also seems to support Chinese authoritarianism and has made an effort to advertise Czech products on Chinese TV during his visit to communist China.

Zeman assumes extremely defensive, xenophobic, nationalist attitudes and is loved for it by the Czechs. He is currently the most popular Czech politician.

In December 2016, Zeman's attitude and pronouncements were supported by 60,1 per cent Czechs, although this was a slight drop from February 2016, when Zeman was supported by 70 per cent of the Czech population.

International assessment of Zeman's impact on the popularity of the Czech Republic is, however, diametrically different.

"Zeman has apparently decided that the country needs 5 more years of international embarrassment stemming from his hate-filled rantings. He's been caught lying about refugees and Muslims, he's championed a man who called for concentration camps and gas chambers for Muslims, he's been heard denigrating women... he's just been a disaster for the country's reputation in Europe. People might just decide they've had enough of it," says Andrew Stroehlein of Human Rights Watch.

Why is the Czech Republic so hostile to muslims and refugees 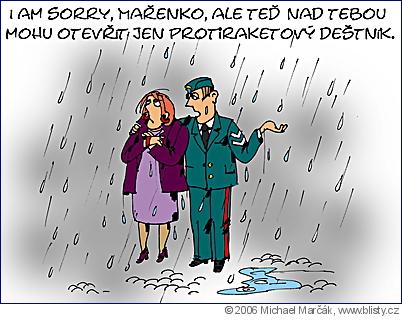