I am a historian of communism, white, middle class, European. I also have a cancer, a melanoma stage IV, that was discovered in January 2015. I had metastases in my lymph nodes, liver, and brain. I underwent two eight-hour surgeries, gamma knife therapy, and immunotherapy. I lost a quarter of my liver, half of an ear, the cognitive ability to read a map, and a big muscle in my neck. I gained an addiction to cortisone. Yet I miraculously survived. My greatest hope was to stay alive until my youngest son turned 18, and this wish was granted. He is a big boy now and he and his older brother can manage. Meanwhile, I am enjoying life.

I didn’t make my cancer experience a secret, but I also didn’t feel any urge to speak out about it. Now I do. I am mentally prepared to die from it, or even from Covid - the immunotherapy that saved my life five years ago now makes me more susceptible to it, as the virus uses the very same “gates” to get into the cells that my therapy obligingly opened. But much as I am reconciled to dying from a serendipitous medical event, I would very much mind dying because humans needlessly panicked and surrendered to shortsightedness, fear, and even selfishness. Alas this is the scenario that is now being sketched.

I was horrified to observe, in the first weeks of March, our collective indifference to the human disaster that our lockdowns were causing outside of the Western world. People died by the tens of thousands every day in Africa because food and medicines were not delivered, while the only planes in the air were those delivering face masks to us, Westerners. People died of hunger on the Indian subcontinent because they lost their jobs due to the collapse of our industrial consumption and from their own stringent lockdowns. How many in total? It is difficult to say because Covid panic masked this drama. Hundreds of thousands for sure, possibly more or much more. Probably many more than those who died of Covid in the West. So no, we don’t wear a mask to “protect others.” We wear a mask to protect ourselves. I do mind the hypocrisy.

I tried to raise awareness on social media about the fate of these “others.” But I sadly observed that fear seemed to paralyze many people and hindered their capacity to think critically and with foresight. Only a few were disturbed to hear that our hectic bid for life was causing the death of distant others. Moreover, it was hinted that I was a white supremacist because I dared to question the opportuneness of confining to their homes people who were not at risk, depriving them of the means to make a living, and even depriving them of health care in the midst of a pandemic.

Fear and shortsightedness reduced the space of rational discourse to almost zero. On the one side, the trio Trump-Bolsonaro-Johnson abjectly downplayed the dangers of Covid. Worse, they politicized the issue, as populist politicians would: insofar as everything is about them, if you criticize their Covid denial it pitches you as their enemy, the “leftist.” Alas, democrats around the globe fell right into this trap: as if in a mirror, if you now criticize stringent Covid policies you are automatically the “populist” enemy, and you must be silenced.

This is a strategical mistake: the only way to fight Covid deniers is to insist on debate and discussion, to think critically, to refute the pitching of “us” against “them.” Thinking critically means never accepting the established truths of the moment, systematically challenging them, taking nothing for granted; it certainly does not mean silencing the people who express any form of dissent on the pretext that they “talk like the opposite camp” or that they put the public in danger by raising its critical awareness. What does put the public, or more generally democracy, in danger is to hold monologues. It is crucial to reestablish a sphere in which it is safe to be neither a “leftist” nor a “populist”, but a critical citizen who thinks independently from politics.

We Westerners have proven indifferent not only to the misery we inflicted on other continents in the name of anti-Covid measures, but also to the fate of the poorer people among us, those who did have to work to ensure our food and goodies’ supply. Despite cries that we do all this to save our elderly parents, we have also been remarkably indifferent to their loneliness. In order to “protect” them we have let them live their last months, weeks, or days alone, die alone, and even be buried alone. This is inhumane and undignified.

Now it is the turn of chronic patients to be disregarded. I have a front row seat to observe what is going on in hospitals: in the name of Covid panic, hospitals have been effectively closed down to anything that is not considered crucially urgent. I suffer from a chronic anemia linked to my cancer that requires regular check-ups - I need occasional blood transfusions or at least iron infusions. I had a renewed bout in February and managed to have a CT-scan in March in a private clinic. But after that I could not get any appointment at the hospital until June, as the oncology department was completely closed and would not even answer the phone. When I did manage to pass the (quite literal) roadblocks, the hospital was empty and so demobilized it did not even do blood tests anymore. After five years of first-rate care, I was dismissed with these words “Since your parents are doctors, why don’t you ask them what to do? See you in January.” Had this happened in 2015 or 2016, I would already be dead. Others are. Many will be soon.

What I described happened in Austria, but it is taking place in all countries that instituted blanket lockdowns. Austria has had relatively few Covid deaths, yet how many cancer patients will die later this year or next year because they have been abandoned in order to free space for Covid patients that might or might not turn up? How many will have been “protected” from a virus that kills 2-3% of those infected, only to die with a 100% certainty of their untreated cancers, heart attacks, and strokes? How many patients have been so frightened by the incessant media pounding of the “Covid danger” that they don’t even dare go to the hospital, thereby guaranteeing their passing? How many will have committed suicide?

What is the sense in claiming to save lives if it means sacrificing other lives? Why are we so blind to this?

I accept my fate, but I feel a right and duty to question the soundness and merits of our Covid policies without being classified as a crackpot conspiracist or white supremacist. It is not normal that I have friends who privately agree with me but do not dare anymore to say it publicly. What is going on right now is a mixture of censorship and self-censorship, propaganda, many lies and approximations on the part of our governments, as well as an absurd faith in the merits of “science.” As if scientists were not saying everything and its contrary in all sincerity, as if their debates were devoid of political issues, personal rivalry, economic interests, and power struggles, as if there was an intangible “scientific truth” that excluded the need for further discussion, as if this “scientific truth” did not evolve every so often - as it should. And I am not even talking about our enthusiastic support for the sacrifice of our public freedoms in the hope to gain a futile sense of security, if only for one more day, one more hour.

Our inability to deal with Covid in a nuanced manner compromises our capacity for empathy and ultimately our efficiency. Our collective alarmism is not fueling only awareness, but selfishness and retreat. To survive is of course a noble and necessary goal, but to sacrifice all discussions to the altar of survival at all costs is already proving to be a fateful miscalculation. Eventually it will kill more, even in the West. So why are we doing this? 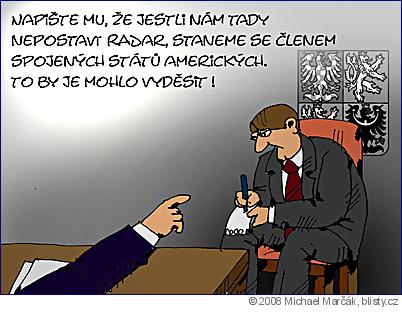