As autumn hits the northern hemisphere, and the cornucopia of harvest gives ways to pangs of loss for light and warmth, many of us will crave travel to far away climes. This year, however, only the most determined will be able to assuage these longings. Most countries have either closed their borders, or made passing them conditional on presenting a negative Covid test or going into quarantine. The would-be traveler faces uncertain flight schedules and the prospect of not being able to obtain travel insurance. Consequently, the travel industry, a sector that had previously enjoyed bumper years of turbo-growth, is experiencing an unprecedented calamity.

Until as recently as the 1960s cross-border travel was the preserve of merchants, emigrants, refugees, soldiers, sailors and the diplomatic corps; only a tiny privileged minority traveled for pleasure. Yet today travel is - in high income countries at least – widely considered a fundamental human requirement, surpassed only by the needs for food, roof and hearth (or at least radiators). What is it about the travel phenomenon that in the space of 2-3 generations gave rise to a completely new industry, one which by 2018 was generating ten trillion dollars of revenue per year, had outpaced the growth rates of the IT, healthcare and financial services sectors, and which employed, by some reckonings, 10% of the entire global workforce?

To answer this question, I am going to refer to the enigmatic pre-modern science known as alchemy. This may conjure images of chemical distillations in smoking cauldrons, elixirs for eternal life, bells summoning up spirits and conversations with angels. Alchemy books typically abound with cryptic symbols, hieroglyphs and frightening pictures of dragons eating their own tails, conjoined hermaphrodites and even the sun making love with the moon. Probably the most enduring myth associated with alchemy is the quest to transmute lead into silver and gold. The catalyst for such transformation is the ‘Philosopher’s Stone’ (actually a yellowish or reddish powder rather than a stone) whose recipe consists of mercury, sulfur and a special ingredient which only an initiated adept can provide: divinely-inspired magic. Its propensity to disappoint explains why alchemy – which had been regarded as a serious science since the time of Pharaohs till about 1700 – became discredited upon the arrival of the ‘Enlightenment’. In the new age, where understanding of our environment was to be deduced through reasoned logic and refer to the bounds of human sensory experience (‘I think -therefore I am’), magic was frowned upon, visitations by angels fell out of fashion.

But come the age of Psychoanalysis in the early twentieth century, alchemy saw a revival. Carl Jung and his school identified a link between the bizarre alchemical images of snakes metamorphizing into plants, human figures randomly eating each other or bursting in flames with the happenings of our dreams, which, they argued, are a communication line from our psyche to our conscious selves. On a psychological level, alchemical transmutation can work in a manner it cannot in the material world. Nearly all of us on occasions experience low spirits, or let’s call it the gloom of a leaden sky; people who suffer more serious depression find themselves inhaling the poisons of a lead mine. Conversely who has not experienced the pure silver of a revelation or a nugget of golden bliss? Lead and silver are invariably found together in the same ore, and the alchemist-metallurgist was concerned with extracting the silver. The alchemical moment is the transformation of one state to another.

Many of us, without knowing it, seek out a modern alchemist when we want to transform a base metal – read our everyday existence – into a precious or even subliminal moment. Before Covid such alchemy was widely available and consumed in the form of foreign travel. Remember the tourism industry’s buzzword in the second decade of the twenty-first century: “Travel is transformational”. And it is. Whether this means learning something new, gaining a new perspective, or even finding one’s life passion. It can be the lofty ‘Lawrence of Arabia’ moment of casting one’s eyes on the vast expanses of the desert, or as defined by the co-founder of the Transformational Travel Council: ‘the woman who goes to New York for the first time on her own, books a hotel, and takes an elevator up by herself at night — a little scary. And now she leaves with a newfound confidence feeling at arriving at a new destination’. Experiencing our planet from a different vantage point or angle to that which we are accustomed has the potential to trigger an alchemical reaction in us.

From a Greek mythological perspective, the age of mass travel, which includes both leisure tourism, and travel for ‘Meetings, Incentives, Conferences and Events’ (abbreviated by the industry as MICE) was a triumph for Hermes. Known by the Romans as Mercury, the messenger god was always on the move, and stood for business and enterprise, strategy and artfulness. Hermes was the deity associated with alchemy, his caduceus, or winged staff entwined by two snakes, is a prevalent image in alchemical iconography, and from his name derives ‘Hermetic’, the term given during the Middle Ages and Renaissance to describe studies of natural philosophy in a time where all knowledge was seen to be interconnected in a harmonious universe. The actual founder of alchemy is said to be Hermes Trismegistus ‘thrice-great Hermes’, grandson of Mercury but also a descendent Egyptian god Thoth. This ibis-headed deity is often associated with the baboon, and no doubt provides the inspiration for the all-knowing ape in Disney’s The Lion King. He represents knowledge, wisdom, and magic, and his fusion with the energy, skill and momentum embodied by Hermes make for all the ingredients of alchemy. Foreign travel at its best brings us understanding of other cultural perspectives, and triggers both self-discovery and intoxicating excitement. In short, travel can deliver us to insights of silver and golden joy. Perhaps not every form of travel: a stag weekend in Tallinn or the trip to the sales conference at company in Dortmund may fall short of delivering transmutation. But I like to think Hermes Trismegistus a worthy patron of transformational travel, as he is for alchemy.

In our Covid-ravaged world it feels that Hermes has deserted us and passed on the baton to his aunt Hestia (or Vespa in Latin). Because she is less prone to indulge in intrigue and high drama, Hestia is rather in the shadow of her siblings Zeus, Hera, Poseidon, Demeter and Hades. She represents the hearth and homeliness. Since the pandemic keeps many of us at home for most of the time, our energies and disposable income has been redirected to home improvements, kitchen renovations, new curtains. Our pleasures in 2020 are our pillows, sofas and, for lucky ones, a garden. Soothing as these may be, they offer no scope for alchemical transformation. For that you need travel. 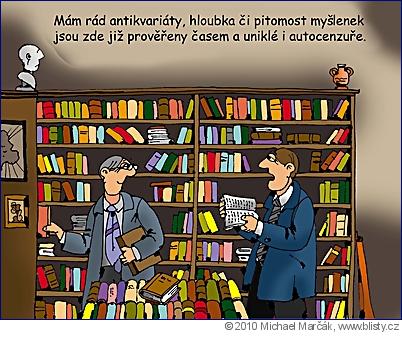