Czech President Zeman: I did not know Konvička, nor did I know his controversial statements

In an interview given to a Czech newspaper, the Czech President Miloš Zeman said that he did not know Martin Konvička, the chairperson of the hate speech organisation The Anti-Islamic Bloc and he did not know of his controversial statements. "At Albertov, I saw him for the first time in my life. I did not even know his first name was Martin," said Zeman.

Zeman has been widely criticised for appearing in public on stage in the company of Martin Konvička during the commemorations of the 26th anniversary of the fall of communism in the Prague University quarter of Albertov on 17th November, 2015, and singing the Czech national anthem with him. Shortly after this event, Konvička was charged by a Czech prosecutor with the crime of whipping up hatred against a group of citizens by disseminating hate speech of Facebook. Konvička is well known for demanding, on Facebook, that concentration camps and gas chambers be set up for muslims. He has also demanded that the democratic rights and freedoms of those Czech citizens who sympathise with muslims should be curtailed.

President Zeman now says that he was not aware of Konvička's hate speech and that he did not know Konvička before meeting him at Albertov.

However, in June 2015, in an interview with the controversial Czech website Parlamentní listy, Zeman expressed sympathy for Konvička, so his current assertion that he did not know him is somewhat doubtful. The June interview with Zeman has the title "I also do not want islam in the Czech republic, Mr. Konvička". 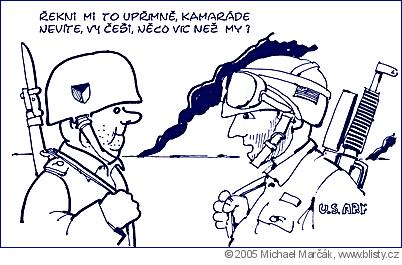