On Friday 11th March, former Czech President Václav Klaus gave a speech in the pre-election meeting of the German extreme right-wing party Alternative fuer Deutschland in the town of Neuwied in the Rheinland. He was depicted in on the pre-election posters with the Chairperson of the party Frauke Petry and its candidate Uwe Jung.

Klaus, who is a strong eurosceptic and holder of extreme anti-refugee views, said that "Europe is turning into a dangerous battlefield". He demanded that Germany should "act to solve the refugee problem on its territory". This is not the first time that Klaus has spoken in support of AfD during its meetings in Germany, but commentators are sceptical about whether Klaus's extremist views will actually influence the impact of the elections.

While Klaus is regarded as a former politician and is basically a spent political force in the Czech Republic, he has been recently trying to rejuvenate his political career by attempting to create an anti-refugee political platform. Its wider success is doubtful, nevertheless the Czech media continue to give considerable space to his views. The same applies to the extreme right wing views of his son, Václav Klaus junior, a former headmaster of a private secondary school in Prague, whose aggressively expressed anti-EU and anti-refugee articles have a large following in the former communist party daily Právo. His recent articles, where he rails against the inclusion of slightly disabled children in mainstream schools and supports Marine Le Pen, have attracted around 600 000 readers on the Novinky.cz website (an internet version of Právo), i.t. about 6 per cent of the Czech population. Klaus father and son seem to work in tandem. 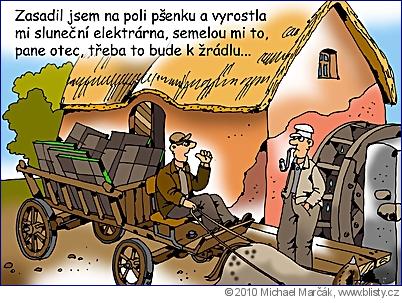