It is now less than a fortnight to the one-year anniversary of the US Presidential Election, and the constant-attention paid to the goings on of Donald Trump and the alt-right do not look to be dissipating any time soon. Rather conspicuously, a number of documentaries dealing with American topics have appeared under the Americký rok/One Year in America banner at the festival this year. The success of this block remains to be seen - particularly as when it comes to contentious issues such as reproductive rights or gun control, which many of us often approach from a mixture of scorn and bemusement. How can a country such as the United States, the home of the American Dream, be so backward when it comes to certain issues?

This has led to sloppy filmmaking on a number of occasions, where the same discourses are revisited in a very similar way; and most often with a voice of God hanging over the film reading out statistics or appealing to our own humanity. Films focusing on the death penalty are particularly guilty of this - we see faceless individuals in orange jumpsuits through a wall of glass waiting to die, or politicians and ‘experts’ reeling off the same information they have given hundreds of times before. I therefore approached the screening of The Penalty with low expectations, believing this would be a rehash of many of the above themes.

I was certainly wrong to do so. It should be set out from the beginning that this is very much an anti-death penalty film, revealed in earlier trailers from two years ago which focused on the cost of executions to the taxpayer and not much else. These have thankfully been removed in their entirety, with directors Mark Pizzey and Will Francome allowing the strong personal narratives of three subjects (the mother looking for justice for her murdered child, the exonerated death row inmate and the criminal defence lawyer fighting against use of the lethal injection) to take centre stage. By prioritising the personal story, a greater deal of intimacy is created which is then contrasted with the bureaucratic, media-heavy monolith of the US justice system. This is not necessarily related to the legality of the system itself – one of the strongest narratives in the film is that of Damon Thibodeaux, a man who spent fifteen years on death row for a murder he did not commit. Although a great deal of footage is afforded to the questioning of police tactics and the mental torture of waiting for death, it is the shots of Damon adapting to life after prison which are the most effective in such a subject-oriented approach, and contrast well with the story of Darlene Fraha, who spends several years in and out of courts seeking justice for her murdered daughter.

In many ways, The Penalty is an activist film, and does not seek to hide its greater purpose in challenging the use of capital punishment in the United States. This is to be welcomed – all too often documentaries try to create a sense of balance which is weak and contrived, and as a result the film loses its voice. Errol Morris‘ The Thin Blue Line was unashamed in its successful attempt to right the wrong of a miscarriage of justice; and as producer Laura Shacham made clear in the discussion following the screening, The Penalty is designed to be employed in a similar role. It is envisaged that the documentary will be used by organisations such as Amnesty International, and to be screened for educative purposes in both the United States and elsewhere. Had the directors maintained the initial focus on a purely statistical, economic approach to the death penalty, this would not be nearly as successful a film in achieving its aims. Even, like me, you do not need a documentary to re-affirm your opposition to capital punishment, it is still well worth an hour and a half of your time. 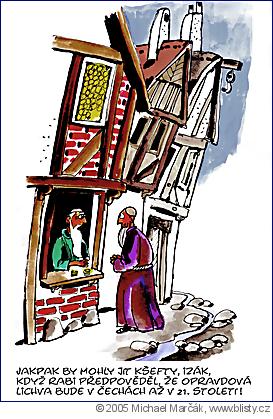