Miloš Jakeš and Socialism with not such a Human Face

It might be generous to call the screening of Pavel Křeman’s Milda a ‘world premiere’ – it is, of course, but it is highly debatable that a film of this type, described as a personal portrait of former KSČ General Secretary Miloš (or if you prefer, Milouš) Jakeš, will resonate outside of the Czech Republic. As another example of a post-89 film attempting to uncover something or anything about the past, the project revolves around observing and interviewing the subject over a number of years in a variety of different spaces. Once again, this is with a primarily Czech audience in mind.

The observations range from Jakeš’s home in Prague, to the areas where he lived and worked, to a variety of different functions catering to elderly Communists who still gather to wax lyrical about the “good old days”. These are occasionally interspersed with archival footage employed, it seems to me, to prove a point – images 1968 and events of state brutality during the Velvet Revolution, which all Czech viewers should be well-versed in by now. It is perhaps impossible to make a documentary about a leader of the Czechoslovak Communist movement without engagement with these themes, particularly as Jakeš is known for his vociferous defence of the KSČ and its role. This is particularly well represented here by the interviews where he is more than happy to talk of his childhood, his career, and the various gifts he has received from various authoritarian leaders; yet is both vocal and defensive in good measure when grilled upon the numerous abuses that occurred under the party’s watchful eye.

This latter point is problematic. For a portrait of Jakeš, the viewer gleams more of an insight into his personality – possessing delusions of grandeur where he attends pub meetings of ageing Stalinists as if still some sort of functionary, or a life where everything is a duty which must be “executed”. Furthermore, the editing of the film, alongside Jakeš’s famous speaking style and accidental euphemisms, work together in creating an absurd representation of a man living in the past. However, such observations are nothing new - it would be much more valuable to have uncovered more about the subject’s life during the transition, specifically how someone who as part of a vilified movement was able to fit in to the new society around him. Aside from a few sentences concerning his 2003 trial, one gets the impression that the subject merely faded into obscurity. If this is the case, it begs the question what is actually achieved by the fierce grilling of Jakeš by the filmmakers demanding answers on a whole range of communist crimes, or sit-down meetings between the subject and a number of former dissidents. I can see the appeal, and perhaps the accountability, in undertaking this (and perhaps posits that the treatment of former communist officials has been inadequate), but it does not reveal anything that anyone with a decent grasp of Czechoslovak history does not already know. At best, Milda stands as a picture of a man entirely unrepentant in his role within the regime, and a warning to future generations of authoritarianism; at worst it amounts to haranguing an elderly man whilst laughing at his unfortunate turns of phrase.

I am perhaps being harsh in respect to this documentary, particularly as someone who did not grow up in these times. Certainly, there will be a number of people who will interpret Milda’s narrative entirely differently based upon their experiences, and as an object of study Jakeš’s inflexibility and stubborness makes representation a rather difficult job at times. Yet I left the screening with the belief that the predictable lines of enquiry could have been reformatted into something that was a lot more interesting, and with the potential to discover unrevieled details about the subject and his ilk. 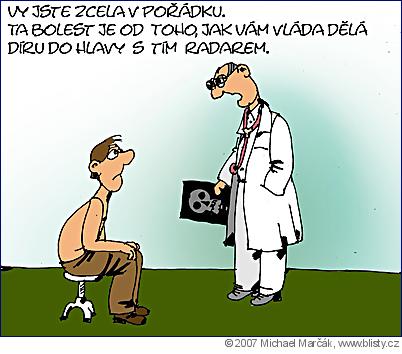