How I have funded USD 500 worth of abuse against myself

I have spent some 500 US dollars on advertising on Facebook for  Britské listy articles on what I think is an important topic.
A five-year-old girl was knocked down by a car in the centre of Prague about five days ago. She flew through the air for about six feet, and,  as  doctors from the Prague Motol hospital allegedly told her parents, her kidneys were injured and they needed to be properly examined and treated without delay. However, while the hospital provided  basic treatment and examination for the injured girl, the examination of her kidneys was not carried out. The hospital allegedly demanded a payment of 2000 euros for this, which the parents of the little girl were unable to pay.
The parents of the girl, Oleg Vorotnikov and Natalia Sokol, are members of a provocative Russian anarchist group of performers called Voina. In Putin´s Russia, they have been charged with the criminal offence of insulting Russian police officers and some other offences.  This is why Interpol is looking for Vorotnikov and Sokol. The couple have applied for asylum in Switzerland, but they were arrested in the Czech Republic last year and they were told by the Czech courts that they must not leave Prague. They are not allowed to work while staying in Prague and thus they do not have any money. There are other problems.
As Vorotnikov explains, "The Czech authorities insist that we, parents, have a kind of temporal semi-legal status in the ČR (until the end of the process of sending us back to Russia)   but 3 our small kids don't have any status.  So they are completely illegal and are not entitled to any medical insurance.  We'd like to appeal this because this violates the rights of our kids. But we have not found  a lawyer to assist."
In response to a question submitted by the Britské listy website, the Motol Hospital press officer denied that the girl´s case was serious: "She has already been discharged." When asked why the parents of the girl were escorted out of the Motol Hospital, in spite of the fact that even its own website says that minors can be accompanied by a parent at all times, the press officer said that according to regulations, the hospital was fully entitled to ask the parents of the girl to leave. (A video of the parents being turfed out of the Motol hospital is HERE.)

After the little girl was discharged from the hospital,  the parents of the little girl were looking frantically in Prague for a doctor who would be willing to carry out a medical examination of the little girl's kidneys.
My Facebook adverts of articles dealing with this story have dealing   provoked an incredible  wave of vitriolic abuse. "Ruskies, go home, you will not be lucky here!" "When we go to Austria, we also have to pay in hospital, so why not you here?" It would appear that many Czechs do not like anarchist performers and they seem to like Russians even less.
Many of these vitriolic comments seem to express the Czech post-communist "right wing" ideology of the 1990s, ie. everyone should take care of themselves and if they can't, "it is not our problem".
There was also another angle to the vitriol. Some of the hate speech was directed against non-white people and muslims: "The little girl could be treated in hospital if the government did not waste so much money on all the darkies and migrants!"
An overwhelming majority of the Facebook comments have been negative. I have to admit that I have been quite stunned by the intensity of the hatred. Why protest against the (distant) possibility of medical treatment for an injured little girl?
The case has not been resolved. No doctor has been found. Is the little girl really OK without a thorough  examination of her kidneys, as the Prague Motol hospital press officer says?
(Jan Čulík is Senior Lecturer in Czech Studies at the University of Glasgow, Scotland, and editor of the Britské listy website.)
0
Vytisknout
Britské listy plně závisejí na finančních příspěvcích čtenářů. Prosíme, přispějte. ➥
5705 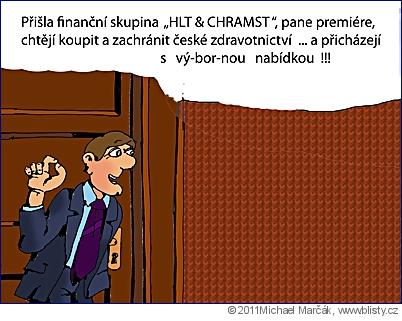