Former Czech President Václav Klaus: "Immigration is not a human right. Europe is committing a suicide"

Klaus criticised the proposal of the Austrian Home Secretary Johanna Mikl-Leitner who said that EU subsidies for those countries that do not accept refugees should be slashed. He warned that "her idea is now spreading through Europe". "I was shocked that even the French Prime Minister said this as did a number of other politicians. If Europe wants to commit suicide by accepting an unlimited number of refugees, let them do it but not with our consent. We must say a resolute NO," said Klaus adding that he hoped that Mikl-Leitner's idea about linking EU subsidies with the acceptance of refugees will be strongly rejected by many Czech politicians.

Klaus also strongly criticised the petition of Czech scholars and academics who called on the media, the politicians and the public to give up their racist, anti-immigration rhetoric. "These are not scholars, they are political agitators, and I myself regard myself as an academic. It is a group of political agitators who have abused their academic degrees. Their insolence, when they are saying they are the elite of the nation, is just evidence of their total hopelessnes," said Klaus.

"Europe is wrong to say that people are entitled to immigrate here," he added. "Europe must find courage to say that immigration is not a human right. Until it dares to say this, the situation will be ever more threatening. This type of thinking must change." 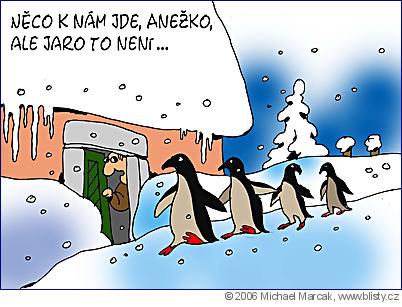