"Refugees are vermin and rabble. So, 71 dead people in Austria? And are we to shed tears over this?"

"So what, 71 people were found dead on the motorway in Austria. Are we to shed tears over this?" said Daniel Kalenda, a member of the Czech Catholic party KDU-ČSL omn Faacebook at the weeked. He continued: "The refufgees are not supposed to be stupid and enter a refrigeration lorry. "I am told that there was no air immediately after the door was closed. And so what? The world is shocked, I am not mourning, I do not feel sorry for them. Not at all. They are rabble, vermin and elements which do not belong into our country."

Pavel Bělobrádek, the Head of the Party has distanced himself from his statements. Kalenda has now resigned from his position as member of the National Inspection Committee of his party.

By Monday, he had removed these statements and apologised for having written them under the influence of alcohol. The Czech Catholic Party is thinking about expelling Kalenda from its ranks. 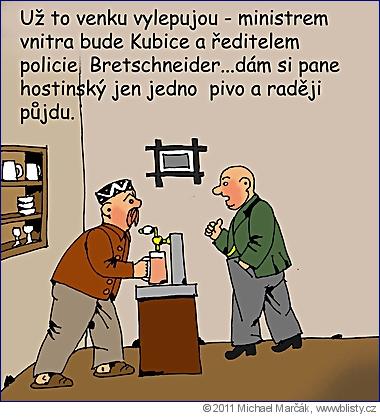