Adam Bartoš, chair of the Czech extreme right wing organisation National Democracy and his colleague Ladislav Zemánek have been charged for a grossly anti-semitic statement. In April 2015, Bartoš and Zemánek visited the grave of a Czech girl Anežka Hrůzová, who was murdered in 1899. At the time a Jewish man, Leopold Hilsner, was falsely accused and sentenced for her "ritual Jewish murder". The case gave rise to a wave of shrill anti-semitism. Tomáš G. Masaryk, the future Czechoslovak president, stood up in defence of Hilsner.

Bartoš and Zemánek placed a picture of Hrůzová on her grave with a statment in which they said "Her death brought the Czech nation together and showed that it is urgent to tackle the Jewish question. To this day, the Jewish question has not yet been solved satisfactorily."

The term "the solution of the Jewish question" is a Nazi euphemism for the holocaust and the mass murder of Jews during the Second World War. 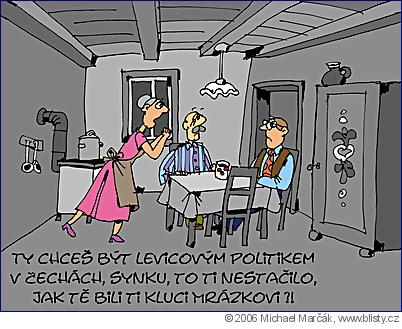 Muriel Blaive The Tribunal of History: An Open Letter to Neela Winkelmannová and Lubomír Zaorálek 49