Czech racists protest against a multicultural fairytale on Czech TV

Czech anti-islamists have organised a wave of protests on the social media against a multicultural version of the fairytale about the Snow White, which has been broadcast for children by Czech public service television. In the animated fairytale, narrated by popular Czech actor Miroslav Donutil, the Snow White falls in love with a black man and they have "light brown" children. The video of the fairy tale accompanied by vulgar comments has gone viral on the Czech-language anti-islamic websites on Facebook.

An email from Jan Král, an official from the the Immigration Communication Group within the Czech government, leaked by Czech neo-Nazi hackers who have hacked the Czech Prime Minister´s personal email account, informs the PM that proposals have been made to Czech television to broadcast a series of fairy tales for children which would show refugees in a positive light. This email has also been met with howls of protests from Czech anti-refugee activists.

Czech TV provoked a wave of criticism from xenophobes last September when it broadcast a children´s programme which showed the refugees as nice people who "are running away from a horror planet and need help". 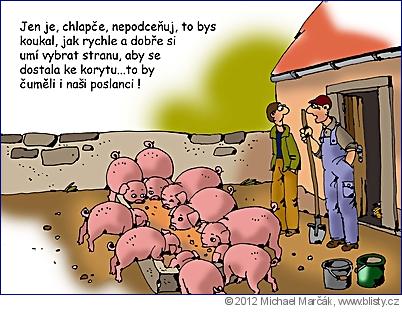