The extreme right-wing Czech website "White Media", which is located in the United States, i.e. outside the Czech jurisdiction, has published a number of emails which the Czech neo-Nazis have obtained by hacking into a personal email account held by the Czech Prime Minister Bohuslav Sobotka on one of the Czech public email servers (an equivalent to gmail).

The "White Media" website has threatened the Czech Prime Minister that if any member of their group is arrested, they will publish the full content of Sobotka's mailbox and will declare "a total war on the government": "If any one of us is arrested or if you have our website closed down, the complete content of Sobotka's mailbox and of the mailboxes held by the other members of his gang will be published. Our hackers would then declare a total war on you. You cannot stop our national revolution and if you try to persecute the nationalists, radical revenge will follow," say the neo-Nazis in a statement.

The Czech Social Democratic Prime Minister Bohuslav Sobotka is one of the few Czech politicians who has made relatively reasonable public comments in relation to the European refugee crisis. For instance, he has publicly criticised the alarmist and factually incorrect statements about the refugees which are being repeatedly made by the Czech President Miloš Zeman, thus provoking anger of Czech extreme right wing activists. 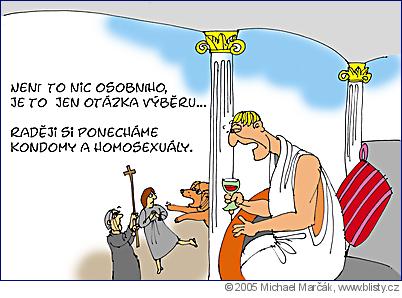