The Rise of `Political Islam'?

Last Friday a meeting was hosted in Brno on the subject of Islam and extremism, with the keynote speaker being American Bill Warner, Director of an organisation called the `Center for the Study of Political Islam'. Amongst the topics Warner (a nom de plume) would discuss included questions such as whether Islam is a threat to Western Civilisation and a definition of Sharia Law.

I cannot possibly comment on the turnout for the event, as I was not in attendance -- due to that I refuse to pay 150 crowns to hear Warner, a notorious Islamophobe and racist, spread yet more hate on the subject. An individual who has been involved in protesting the building of mosques in the United States, and who has been described as part of the "anti-Islam inner circle" by the Southern Poverty Law Center, Warner has spent the last thirty years of his life on a crusade against Muslims and the Islamic faith. Alarm bells should ring in one's head when we discover that not only does he not speak Arabic or does collaborate with any noted Muslim scholars on the subject, but advertises himself as a self-styled `expert' with a PhD. It is always troublesome when Warner, who has a PhD in maths and physics, includes his academic title in an attempt to falsely convey that he has received a degree in the topic he now speaks upon.

I was made aware of Friday's meeting by a colleague sharing the event on social media, of which I replied to asking if she was aware of Warner and his connections with the racist right in the USA. I was saddened by subsequent replies, from an academic no less, which were nothing if a pale imitation of the rhetoric used by the EDL and BNP in British political discourse. Amongst outrageous generalisations in which over one billion Muslims were reduced to followers of a "barbaric" religion, was the accusation that in her eyes Islam is based on "91% hate". This very neatly exposes the real definition of `political Islam' within my eyes. Most academics in the field worth their salt understand that the term doesn't actually exist in the way that Warner and my now former friend believe it to be. In reality, it is feeble cover, often used by the far right, in order to spread racism and hate against the Muslim population. Paradoxically, the `political system', apparently is the bedrock of Islam, is not seen in Christianity, despite a large movement in the Christian right over the last twenty years or the prominence of the Ku Klux Klan in the early 20th century. The fact that these extremist ideas are spreading, either by Warner on his tours across Europe or by intelligent people who should know better, is a worrying trend.

So is my former friend a political extremist? Probably not, but these ideas becoming mainstream is of significant concern. The same terminology has now been seized upon by noted figures such as Richard Dawkins and Sam Harris, ostensibly as a vehicle to transport their atheism to that of an all-out attack of those who are of Muslim faith. That Harris was recently featured on primetime US television, Real Time with Bill Maher, in which Harris and the host not only engaged with `political Islam' but actively endorsed it, suggests that the audience for such racism is growing. The fact that I have now had several people bring up the so-called threat of radical Islamism in the Czech Republic in my company over recent weeks should also send a clear warning that these arguments need demolished and fast.

It always baffles my how so many people in the UK, and now apparently in the Czech Republic with its incredibly low Muslim population, believe that the most immediate threat is that of Islam and Muslim people. They also all (this argument was also engaged with on social media and deemed "outdated rubbish") seem to ignore that the rise in organisations such as ISIS can be traced to a legacy of Western `intervention' in the Middle East, which has resulted in the deaths of hundreds of thousands of people. The only conclusions I can draw from this is that they wish to conveniently ignore history if it means more bombs can be dropped on Iraq and Syria, and they have space to keep fostering their Islamophobia, which has been shown in a UK context to lead to an increase in racist attacks. It's therefore staggering that they refuse to accept the consequences of what they are saying, either in demonstrations in the street or Bill Warner lectures where there are no Muslim scholars or worshippers to put the opposing case across. The rise in acceptability of `political Islam' can only result in Muslims being treated yet further as second-class citizens and the enemy, and should be condemned in the strongest possible terms. 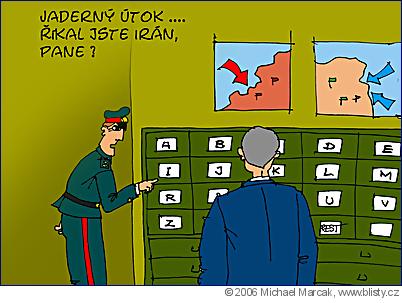