Czech deputy ombudsman for human rights: "We have to rethink the concept of human rights"

In Křeček's view, human rights are always defined by communities and by states. "Defending human rights of some people by ignoring the rights of other people, which seems to be the current practice in Europe, threatens to undermine the whole concept of human rights as such. How can the authorities agree that Anders Breivik is subjected to 'an inhuman and degrading treatment' considering that  the inmates in most European prisons do not live is such conditions of luxury as he does."

"It is wrong to try to protect human rights by grossly disrupting public order in society," says Křeček, implicitly referring to recent pro-human rights demonstrations which took place in Prague during a visit by the Chinese President, "ignoring the fact that people have not only rights, but also duties. This kind of practice leads many people to the conclusion that what is now being presented as 'human rights' is something far fetched and exclusive which has nothing to do with the lives of ordinary people."

Stanislav Křeček was nominated for the position of the Deputy Ombudsman of the Czech Republic by the Czech Social Democratic Party. He is in an almost permanent conflict with the Czech Ombudsman, Anna Šabatová, a former dissident from the pre-1989 era. 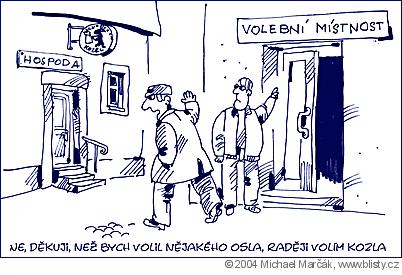