How Czechs react to foreigners

Studying Czech has been a joy for many reasons, and one which has certainly facilitated my learning is the enduring patience and kindness of the Czech people whom I encounter on a daily basis. From cashiers and barmen, to good friends and chance encounters, Czechs I have met have been overwhelmingly patient and kind with my hapless experiments with their language.

I can manage a sentence or two in convincing Czech, and then either my accent or a grammatical mistake betrays me. I can visibly see people’s minds working… ‘She is not Czech… but she is speaking to me in Czech’. At which point most people smile kindly, and speak slower. I will forever be incredibly grateful for this, as it has made my learning Czech faster and infinitely more pleasant. It has given me the courage to speak more and thus speeding my learning.

And it has its perks too – just last weekend a group of us students of Czech language were in a pivovar. Upon hearing our accented Czech, the owner approached us, curiously. Having explained that we were students of Czech, on a beer tasting tour of Brno, he invited us on a personal tour of his brewery, complete with some generous tastings of the beer.

Perhaps because the Czech language is not widely taught or spoken outside these borders, one of the first questions I am always asked is, ‘why do you study Czech?’ and I am yet to think of a more compelling answer other than, ‘why not?’. No-one asks you to justify your choice if you study French or Spanish. I suppose it is rare for Czechs to meet foreigners who have embarked on learning their language, and this in part explains the warm reactions from people.

However, I am increasingly realising that not all learners of Czech are greeted with such patience and kindness.

I was talking with a Yemeni woman from my Czech class one day, and telling her how I found Czechs so receptive and patient when I spoke with them. She seemed genuinely surprised. We are in the same level of Czech class, and yet in her experience she said about 80% of people she tried to speak with were wary and brisk with her. As a warm and friendly soul, she had tried to engage with her neighbours in her flat, to invite them round for dinner, but to no avail. I couldn’t believe it, the hospitable Czechs who had practically force fed me with delicious home-made food, chlebicky and Slivovice!

Her view was later echoed by a Syrian friend who has found learning Czech slow and difficult, and people unresponsive to his attempts to speak. A friend who teaches Czech in Prague, mostly to Russian and Ukrainian students, said that her students had found that they too were met with suspicion when they spoke in their Russian-accented Czech.

Daily interactions in the Post Office or coffee shop may seem small and insignificant, but if you are constantly met with impatience and are made to feel foolish multiple times per day, it begins to wear you down. Eventually you avoid situations where you have to use your language skills and it can even come to colour your view of a country and its people.

I don’t know whether or not this is outright racism, xenophobia or just wariness on the part of Czechs who until recently have little experience of immigration, particularly from outside of Europe. Possibly a mixture of all three.

Just last week I went to Brno’s Vietnamese market with a Czech friend for lunch. I asked if we could go inside to the market but my friend was wary. ‘It’s well… I don’t really like it in there. I don’t feel comfortable.’ I persisted and eventually got it out of him that he didn’t feel comfortable because Czech is not the prevailing language in the market. This I suppose this is a very rare situation for a Czech, within his own country.

I maybe take multi-culturalism for granted, coming from Britain. It’s commonplace to meet non-native speakers of English on a daily basis, and my native Glasgow is home to people from a wide variety of backgrounds and religions. (Of course, there are unfortunately problems with racism in Glasgow with the anti-immigration UKIP party in the UK is certainly stoking such sentiments). Nevertheless I appreciate that these experiences may still be somewhat exotic for Czechs, especially outside of Prague.

Learning Czech as a second language is difficult. All those háčeks and čárkas to trip up the tongue – not to mention ‘ř’. The irregularity of case endings, the softening of consonants, and why is a panák (shot of spirit) linguistically considered animate? (And as as I found out the hard way the other day, the words for nature, is dangerously close to the word for genitals. Which deeply confused my listener when I was trying to explain about Scotland’s beautiful nature.)

Nonetheless I have fallen in love with the language, the country and the people who have been inordinately kind. It saddens me immensely that this patience and hospitality is perhaps not as forthcoming to some of my non-European classmates. 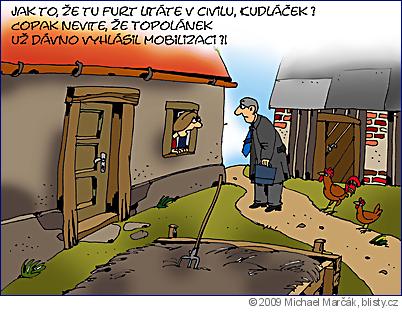