čas čtení 3 minuty
Update, 16th October, 2017: The film is now not available for viewing anywhere. Serious efforts have been evidently made to make it impossible for Czech voters to see the film before the general election which will take place on 20th and 21st October, which Andrej Babiš is expected to win.

In cooperation with Jakub Patočka and other journalists from Deník Referendum, the documentarists Vít Janeček and Zuzana Piussi have made Selský rozum (Peasant Common Sense), a hard-hitting TV documentary about the Czech oligarch Andrej Babiš, who is poised to win the general election in the Czech Republic in October 2017.  Czech Television now refuses to broadcast the film and tries to prevent any of its public screenings.

The film which has been in the making for the past three years, meticulously records the environmental destruction of the Czech agriculture and the Czech countryside by what it sees as absolutely brutal business practices which are used by Agrofert, Andrej Babiš's giant agricultural and food processing business concern.

According to the film which is very well researched, Babiš's primary method of working is lying and asset stripping. He places smaller firms in a position of total dependence. Once they do not have any other customers but Babiš's firm, Babiš brings them to the verge of bankrupcy by denying them fair payments for their products and services. Once these firms are economically on the ropes, Babiš buys them for a minimal price and then asset strips them.

This is what results in a systematic destruction of farming homesteads in the Czech countryside which have been lovingly built up by Czech farmers for generations.

Babiš imports inferior cuts of meat from countries such as Poland and Denmark, which are normally used only for the making of food tins for cats and dogs and uses this meat to manufacture his processed meat products. He exclusively employs workers from East European countries such as Romania and Ukraine whom he pays about 3 US dollars per hour, without paying their national and health insurance, alleges the film.

Since Babiš and his ANO movement have entered politics he has introduced his "mafioso practices" into Czech political life. Since Babiš fully controls the Czech Finance Ministry he is able to use the state bureaucracy to weaken his business competitors. Recently, officials of the Czech state enviromental protection office have been sacked, allegedly so that they cannot start proceedings against Babiš's environmentally unacceptable practice.

The 73-minute documentary, coproduced by the film makers and Czech public service television was completed in May 2017, but Czech Television is now refusing to broadcast it. In response to Czech Television's reluctance to air it, the film makers have been trying to organise a series of public screenings of the film, mostly in cooperation with the Czech Green Party. Czech Television has acted against this, pointing out that since it owns the production, no one is allowed to screen it publicly.

The film is nevertheless available for downloading (it is in Czech only) on the uloz.to website here:

Until I saw Peasant Common Sense (Selský rozum), co-directed by Zuzanna Piussi and Vít Janeček, I had no idea that Kostelecké uzeniny pr... 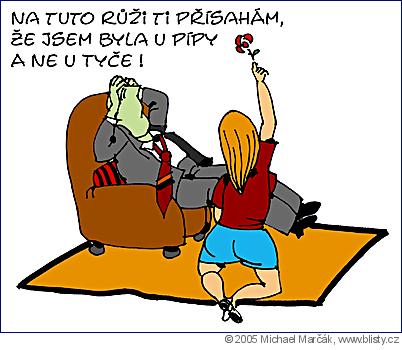