French historian Muriel Blaive has been a victim of a series of fairly incredible media attacks in the Czech right wing press in the past few weeks for daring to suggest that the communist regime in Czechoslovakia negotiated with the population and was very careful to make sure that it did not cause the population to stage a revolution. Here is her reaction to the media attacks.

Some people asked me if I had an English version of the article "I am totalitarianism". I just put it back together from the original Czech/English mixture and here it is.

Václav Havel, in his essay Stories and Totalitarianism (1987) wrote: “Ideology, claiming to base its authority on history, becomes history's greatest enemy.” He spoke of course of the communist ideology. But today, it is anti-communism that claims to be based on the authority of history. It has an answer to everything and can never be faulted: the pre-1989 period was evil, and communism is to blame for everything, past and present. In this sense, anti-communism also functions like an ideology. So the real opposite of “communism” is not “anti-communism”: it is, as Havel correctly pointed it out, history. History is doubts, debate, dissent. It is the inverted pole of ideology.

I write this essay as a historian. An interview I did with Veronika Pehe has been repeatedly twisted in the Czech press and on social media. Some people have commented that as a French woman who did not personally experience communism, I was not entitled to write about the history of communist Czechoslovakia. Well, if historians could only write about what they personally experienced, there would be no antiquity, no medieval history, no modern history, not even a history of the First World War and soon of the Second World War. It also means that young Czechs would not be entitled to write about their country’s past. This is of course absurd. No one owns the past. We French learned it the hard way when American historian Robert Paxton revolutionised the history of the Vichy regime.

I never experienced the communist rule not because I was dazzled by the French communists but because I couldn’t stand them: their dogmaticism so repelled me that I refused to legitimise “Eastern bloc” regimes by visiting them before 1989. This does not mean that I was not interested in those countries. Václav Havel, Jan Patočka and others wrote about issues that concern the whole of Western civilisation: the loss of values after 1968, consumption society as the sole mode of existence, indifference to the other as the main mode of communication. I learned from Czech thinkers long before I arrived here or even learned Czech.

People asked me why I refused Martin Veselovský’s invitation to participate to a show on DVTV. Just before he issued it, rumours started to circulate that I was an “adorator" (sic) of communism, that I was a Marxist or neo-Marxist (a “typical Western intellectual”), falsified history, denied the extent of communist crimes, supported the Communists, was against the opening of the archives or against paying tribute to the victims. Public shaming is not conducive to a reflective atmosphere and retweeting any of this nonsense, as Veselovský did, hardly bode well of the impending debate. The fact that so many people took at face value the lies that were propagated about me without bothering to read the actual interview (in which I praised the opening of the archives and stressed the need to pay tribute to the victims) is disturbing enough. Journalists should aim to raise the level of the public debate, not exacerbate its worst traits.

“Totalitarianism” or however one names the period between 1948 and 1989 in Czechoslovakia (personally I call it the communist dictatorship) did leave traces. A vibrant testimony to the profound destruction of Czech critical thinking by the four decades of communist rule is the continued societal urge to hear “the truth” from an established authority. To the people who long for such a simplified world, let me repeat: the opposite of a dogma is not another dogma but doubts, dissent, a lengthy debate as opposed to a headline in Rudé právo. No one holds “the historical truth”, nor should they. Democracy entails a pluralistic society that calls for the confrontation of many opinions, including on history.

In this context, the totalitarian concept started to lose currency in Germany already in 1993. It was replaced by an interrogation on “normality”, “agency”, “practices of domination”, “everyday experience of the dictatorship”, all concepts that denied the notion of total control from above and replaced with a questioning of the relationship between rulers and ruled, on the “borders of dictatorship” (Thomas Lindenberger). Historians pointed out that “On occasion, the ruling SED, in the interest of stability, was required to reach out to the population, whether in the form of allowing rock concerts for youth, more freedom to the cultural sphere for writers and artists, or allowing renegade church leaders to continue initiatives that were not in line with state policy.” (Gary Bruce, The Firm. The Inside Story of the Stasi, Oxford University Press, 2010.) The Soviet historiography had known a similar trend for even longer - for instance Sheila Fitzpatrick requalified life under Stalinism as “ordinary lives” already in 2000 (Everyday Stalinism: Ordinary Life in Extraordinary Times, Oxford University Press, 2000.)

Some people also asked what I meant by “social contract” between the regime and the population and decried my naïveté if I thought some sort of concrete round table ever took place. The social contract that I mentioned is a sociological notion. It does not literally mean that people and the regime sat down together. It refers to Václav Havel’s Letter to Dr Gustáv Husák (1975) and other essays. In Havel’s analysis, the regime exchanged the political passivity of the population with consumer goods and a relatively decent standard of living. It does not amount to denying that some people, indeed too many people, did suffer actual, personalised repression; it is only the starting point for a reflection on modern European society, on its ability to resist and temptation to consent. A reflection that concerns, again, all of us Europeans and not just Czechs. Similar analyses took place in other Central European countries that suffered under communism’s yoke, so much so that this period has been coined, in academic parlance, “goulash socialism.”

So how are we to study totalitarianism? Totalitarianism is a concept so ideologically fraught that it tells more about the person who employs it than about the reality it is supposed to describe. That is why I favour the Havelian concept of “autotalita” (The Power of the Powerless, 1978) that emphasises the notion of individual responsibility. One of my professors, Pierre Hassner (who grew up in Romania), used to say: “I am totalitarianism” (Guy Hermet, Pierre Hassner, Jacques Rupnik, Totalitarismes, 1984.) By this he, like Havel, meant that totalitarianism was a protean concept, embodying a specific historical experience for each and everyone. 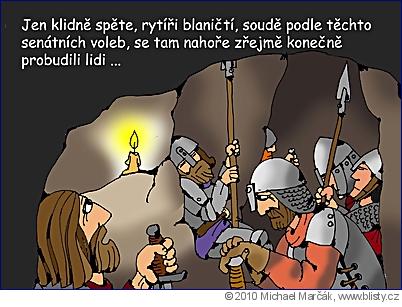