Czech appeal court: "Non-believers in the Czech Republic must not be exposed to culturally alien religious symbols"

The Municipal Court in Prague has rejected an appeal by a muslim student who was forced to leave a secondary nursing school before graduation because the school banned her from wearing a hijab. The student saw this as discrimination and demanded an apology and financial compensation. Prior to the court proceedings, Anna Šabatová, the Czech Ombudsman, published her own adjudication in this matter, pointing out that the student was indeed the subject of indirect discrimination, which is banned by the Czech constitution. While the Czech Republic is a secular state, Czech law does not allow the banning of religious symbols, pointed out the Czech Ombudsman. The legal representative of the Prague secondary school of nursing told the media that the Ombudsman´s adjudication was "full of lies".

Adjudication of the Czech Ombudsman HERE (in Czech)

Jan Klášterka, the judge presiding in this case at the Municipal Court in Prague did not share the view of the Czech Obmudsman. When explaining why he had rejected the appeal, he explained that "non-believers in the Czech Republic must not be forced to be exposed to the impact of  religious symbols, especially when they are historically and culturally alien, when they attend public institutions". He added that wearing a hijab in school was tantamount to wanting to pray "Our Father who art in heaven" during a class of mathematics and that was not permissible.

Islamophobic activists staged noisy demonstrations during the court proceedings. They emphatically expressed their support for Ivanka Kohoutová, the headmistress of the secondary school of nursing, who had prevented the student from wearing her hijab during classes. The demonstrators included parliamentary candidates for the Czech Civic Democratic Party Jana Černochová and Václav Klaus Junior, who took an active part in hysterical actions by islamophobic fanatics. Both politicians complained that the headmistress of the school was being "discriminated against" by the Czech state authorities, which was not the case, since the student had raised only a civic complaint. Islamophobic activists brought portraits of President Miloš Zeman to the courtroom, sang the Czech national anthem and noisily praised the headmistress of the school. Their posters included slogans such as "DEFEND OUR NATIONAL CULTURE!"

The legal representative of the muslim student who had raised the complaint was seriously vilified on social media. Her picture with the inscription "Make a good note of the face of this woman" went viral. The lawyer rightly complained that the public campaign against her reminded her of Nazi campaigns against the Jews in Germany in the 1930s.

Islamophobic activists complained that the court bothered to deal with a complaint which had been raised by a non-Czech, a foreigner who "could not even properly speak Czech" and attacked the non-governmental organisations which had helped the student to draft her complaint. 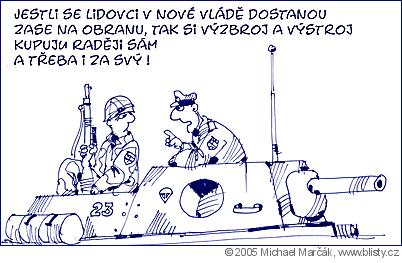