The Brazilian government published an official note on coronavirus. It was not a guideline for tackling this which is the worst health crisis in history, but a warning about the need to fight Communism: "Coronavirus makes us awaken again to the Communist nightmare. Comunavirus has arrived", the text warns.

Signed by the Minister of Foreign Relations, Ernesto Araújo, it argues that "Marxists have been hiding for thirty years: globalism replaces socialism as a preparatory stage for Communism. The coronavirus pandemic represents an immense opportunity to build a world order without nations and without freedom," said the Brazilian minister, on behalf of the government of Jair Bolsonaro. "Since the fall of the Berlin Wall, when Communism did not die, but only provided itself with new instruments, globalism became the new path of Communism", wrote the minister.

"The virus appears, in fact, as an immense opportunity to accelerate the globalist project. This was already being implemented through environmentalism, gender ideology, politically correct dogmatism, immigrationism, racialism and the reorganization of society by the principles of race, antinationalism and scientism. They are efficient instruments, but the pandemic, putting individuals and societies in the face of the panic of imminent death, represents the exponentialization of all of them", said the Brazilian in name of former army captain turned far-right populist president Bolsonaro.

"On the pretext of the pandemic, the new Communism is about building a world without nations, without freedom, without spirit, ran by a central agency of solidarity, charged with watching and punishing. A state of permanent global exception, turning the world into a great concentration camp," warned the head of Brazilian diplomacy. "In view of this we need to fight for the health of the body and for the health of the human spirit, against coronavirus but also against the Communavirus, which tries to seize the destructive opportunity opened by the former, a parasite of the parasite", completed the minister, who in the past wrote that Donald Trump came to power because he is a direct envoy of Jesus...

For the minister, the Left has "hijacked" the concept of solidarity to implement this project of saving the world from COVID-19. "Solidarity is another noble and dignified concept that the Left intends to kidnap and pervert, corrupt from within, to serve its libertine purposes. They have already done or tried to do the same with the concepts of justice, tolerance, human rights, with the very concept of freedom," he wrote. "Transferring national powers to WHO, under the (never proven!) pretext that a centralised international body is more efficient at dealing with problems than countries acting individually, is only the first step in building planetary Communist solidarity".

"At the expense of the destruction of the jobs that allow the dignified and minimally autonomous survival of millions and millions of people, at the price of dismantling their freedom and their livelihood, a world is attained in peace with itself. Communism has always stated that its goal is peace and emancipation of all humanity. Now, in a deserted city, without jobs, without life, where each one is a prisoner in his cubicle, under the supervision of a supreme authority that is not even the government of his own country (which may well be dictatorial, but at least still has a face and a flag), but an anonymous and unattainable global agency, there is the perfect configuration of so-called peace and Communist emancipation" , insisted, in a reference once again, to the possibility of a government led by WHO and other international entities.

He also claims – again – that Nazism was a Communist ideology: "Those who still do not believe that Nazism was simply a route deviation from Communist utopia, and not its opposite, need perhaps this important element of reflection."

"According to Marxism, Arbeit macht frei is the correct motto of the new era of global solidarity that is coming as a result of the pandemic, and what differentiates this new world from the Auschwitz camp is that now it will be used by this horrible lie surrounding isolation because of the virus, which perverts and humiliates two sacred values of humanity: work and freedom. The Communists will not repeat the mistake of the Nazis and this time they will make the correct use of this power that emanates from fear. How? By convincing people that it's for their own good that they'll be trapped in this concentration camp, devoid of dignity and freedom. Nazis are Communists who did not bother to deceive their victims, while COVID-19 provides an opportunity to correct that mistake", he wrote.

His insistence on linking Communism to Nazism led the German embassy to issue a note of repudiation, repeating that Nazism is a far-right ideology and that Communists were the first to be persecuted by Hitler. It was the sixth time the embassy in Brasília, which this Tuesday commemorated 60 years since its inauguration by president Juscelino Kubitschek, with the futuristic architecture of communist Oscar Niemeyer, had to issue such a statement clarifying that Nazism is not Communism.

Of course the official text had to end with an attack on political correctness. "Now, political correctness incorporated the item of sanitarily correct, even more powerful", he wrote. "It grabs you, handcuffs you and threatens you: If you do not act in a specific way, sanitarily, you put at risk the whole of society. If you pronounce the word freedom you are a subversive who wants to cause your entire population to die – you are expected to just and only respect the rules. They want to control the language to kill the spirit, here is the essence of current Communism, this Communism that suddenly found in coronavirus a treasure of oppression. I have also said before and repeat: the real enemy that Communism wants to slaughter is not Capitalism, the enemy of Communism is the human spirit, in its complexity and beauty. It is the human spirit that this ideological virus has come to destroy," he finished.

Bolsonaro added emojis of hands clapping to Araújo‘s text and posted it in his official government pages and social media, for his dozens of millions of followers. 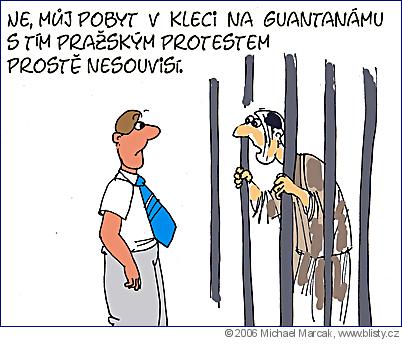