A substitute event marking the 26th anniversary of the fall of communism took place in the Prague University quarter of Albertov on Sunday 22nd November because students were unable to access the area on the real anniversary on Tuesday 17th November, when the area was blocked by the Czech police for a rally held there by the Anti-Islamic Bloc and President Zeman.

Some participants of the Sunday gathering wore miniature red boxer shorts on their lapels as a reference to an act by the Czech art group Ztohoven, critical of President Zeman, which replaced the Czech Presidential flag at the Prague Castle with a large pair of red boxer shorts in September of this year.

In his speech at the rally, Mikuláš Bek, vice-chancellor of Masaryk University in Brno characterised the Czech nation as a nation of "plebeians", because "we have historically lost both our aristocracy and our burgher elites". "But," he added, "while there is plebeianism of lackeys who harm the weak and ignore the rules, there is also plebeianism of free individuals, which is proud, self-confident and ready to help the weak."

"It is the task of Czech universities to help us find a way to the plebeianism of free individuals," said Bek. 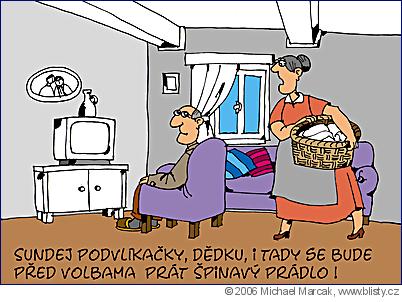