Kino Art’s small screening room, which holds around thirty people, seemed an unusually small venue for a documentary which has been creating such a large buzz over the last month. Receiving a near-standing ovation after scooping the audience award at Jihlava, Veronika Líšková’s controversial portrait of twenty-five year old gay paedophile Daniel deals admirably with a subject that some may find difficult to stomach.

Daniel, a twenty-five year old literature student in Prague, longs to have a career as a writer, yet his life and ambitions are also curtailed by attempting to reconcile this with his attraction to pre-pubescent boys. Staggeringly, he is very open about his sexuality in this regard, and the coping mechanisms that he has for making sure that certain urges do not result in negative and abusive consequences. It should be pointed out that Daniel is not an active abuser – he wishes no harm on children, does not desire to be sexually active with them, and does not look at child pornography on the internet. He seeks solace and support from his friends, who are also paedophiles, and post on discussion forums talking about how to cope with their sexuality without endangering others. The general tone creating in these parts is non-judgemental, but that doesn’t mean that certain things communicate a sinister undertone. One scene, for example, shows the group (aside from Daniel, we don’t see many of their faces) hanging outside a playground watching children play – a clichéd view of paedophile practice, which in the quasi-reality of documentary film carries an unpleasant, sinister edge to it. In addition, Daniel’s wall mural depicting the faces of children is also disconcerting, their eyes seemingly following us around the room. This is an important visual motif for the interviews with Daniel in his room, especially as the mural is detachable – when a plumber comes round, it is noticeably absent from the wall, revealing the hidden life that he is forced to live.

Furthermore, his relationship with a friend’s son, Míša, also raises eyebrows. Despite making it clear that he only wants to be a friend to the boy, he often obsesses over him and longs to see him again. These ethical questions are important for the success of the film – it is clear that Líšková is using the documentary to explore where the line is drawn between fantasy and reality, as well as the overarching theme of whether we can condemn Daniel for the way that he is. As a taboo subject which is rarely talked about, the answer is certainly not black and white. At times we are flabbergasted at how open Daniel is about his sexuality, and to the nature of responses he receives. One illuminating moment arises when he meets with an organiser of the Prague Pride parade, in which he is met with understanding and interest rather than outright condemnation. Nevertheless, to expect such replies from the wider community is unlikely ever to happen.

Where outside information is presented in Danielův svět (mostly statistical and concerning levels of depression amongst other factors) they are presented as intertitles by means of prologue and epilogue. The lack of any 'voice of God 'narration, or other means of communicating a directorial point of view, works to the strength of the documentary – instead we are asked to consider our own position towards Daniel’s life, and to confront a topic in a manner rarely met in such terms. In Daniel’s own words, "the main thing is that people do talk about it", and with such an ambitious project, it is likely that people will. As a Česká televize production, there is the potential that this work is seen by a wider audience.

As mentioned earlier, this film was met with an overwhelmingly positive response at Jihlava. An audience award is also on offer at Mezipatra, where attendees are issued with scorecards at the screening and invited to rate the film in a similar way. Although it appears to have lost out on a similar award at this festival, it would be interesting to guage further audience reaction to what is a brave piece of filmmaking which is sure to provoke further discussion on the subject of identity. 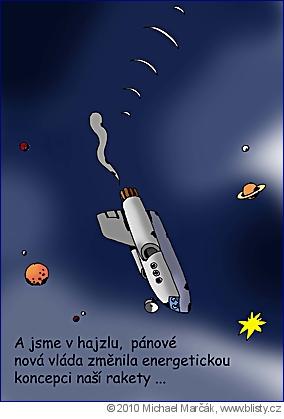