In its Main Evening News of 11th February, TV Prima, a Czech commercial television station, broadcast a derogatory comment allegedly made by one of few Christian refugees that the Czech Republic has recently accepted on its territory. According to a voiceover "translation" of a statement made by the refugee in front of the TV camera, the refugee is alleged to have said, "Rather than living in a redecorated cowshed, I will return to Iraq." The TV report has scandalised the Czech public. Within four hours, it was shared by more than 25 000 Czechs on the social networks. However, what the refugee really said was this:

"We have come into this country and really want to live here, over the past five days that we have been here, we can see that good people live here - they help other people, arrange everything of us, it is our aim to find suitable accommodation. We will arrange all the other things because we have come here to work and not to receive things for free. We are experienced, we have come to work. Each of us is an experienced specialist. In future, I will secure my own needs in order to support my family and my children. I have been surprised that we have been placed in unsuitable accommodation."

This was not translated.

The organisation that has been taking care of the group of Christian refugees, Nadační fond Generace 21 (The Generation 21 Foundation Fund) has strongly protested against the broadcast of the mendacious interview. The Fund explained that it had mistakenly accommodated the refugee family on an upper floor of a building without a lift because it did not know that one of its members could not walk, so the mild complaint of the interviewed refugee was justified. The interviewed refugee said nothing about any cowshed or his return to Iraq.  Although the TV station was informed of this situation, the broadcast was not corrected. The Prima TV reporter reacted: "If I did not produce sensational reports, I would immediately lose my job."

Jitka Obzinová, Head of News at Prima TV, insists that the refugee did speak about a cowshed and did threaten to go back to Iraq. She added that her TV station is preparing a new news report on this matter. Later TV Prima broadcast a statement by its original interpreter and another interpreter who insisted that the original translation of the refugee statement was correct. 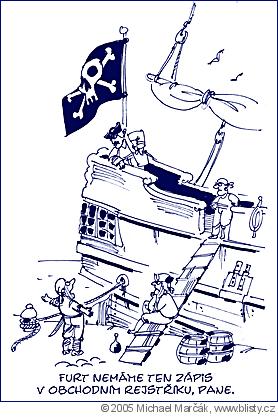