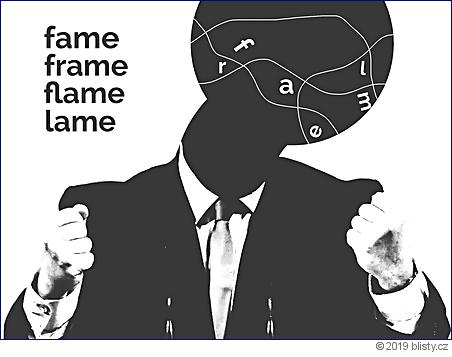 "There is also dozen of local academics who for years criticized and ridiculed Czech Elves for futile and overkilling “militarization” of debate about disinformation, constantly playing down Russian influence. Now they are surprised and silent. Only Czech president Mr. Zeman, for years openly supporting Russia and Putin, said publicly that he was wrong. By the way, his speech few days after war begun brought understanding to some people who are for years influenced by disinformation and for whom is Mr. Zeman credible and respected authority."
Interview with Bohumil Kartous about disinformation in Czech Republic for US Today.

Can you tell me what the elves have been doing in the lead up to and during the Russian invasion of Ukraine?
Primarily, who are Czech Elves. Czech Elves are civic initiative founded in 2018. We are strictly independent and non funded. It is voluntarily organized group of some hundreds persons of different backgrounds, predominantly people with proper skills and education. We operate anonymously except two spokespersons ensuring communication with media and others. Reason is simple, we wouldn’t to expose our members to annoying and sometimes threatening attention of disinformation scene. Although we do it in our leisure time we can deliver substantial outcomes for media, policy makers, politicians and general public. We try to cover disinformation activities in Czech digital space, especially those bearing signs of Kremlin propaganda and attacking democratic institutions and principles. We deliver reports on weekly and monthly basis. Weekly we have being monitoring selected disinformation websites, selected groups and pages on Facebook and permanently growing collection of so called chain emails which is channel targeting mainly older part of Czech society. Besides those regular reports we publish some special ones (for instance about development of Kremlin propaganda paralleling number of disinformation contents in last months) and on our website can people freely brows on database of chain emails (thousands of items filtered by semantic tags).
Regarding current crisis, before the moment when Putin has started the war, disinformation scene in Czech Republic simply parroted Kremlin propaganda (weeks before). But if we would go years back into the past we can see much of previous contents (Covid, immigration, EU or NATO issues etc.) deliberately designed to undercut democracy and at the same time this content (time to time) legitimated Russian actions and advocated Russian interests. Based on partial evidence we can say that pro - Kremlin groups are deeply intertwined with Czech populist political parties (particularly with SPD led by Mr. Okamura and with communists). Now, after the war exploded, mixture of blended narratives is emitted into digital air. Some of them are copying Kremlin propaganda as usual but some of theme tries discredit and diminish stance of Czech government (strongly pro - Ukrainian), some of attack good will to help refugees with this emotional and low profile appeal on “what about our people in need”, some of them deceive people with false claims about flowing immigration from Middle East covered by war crisis.

What have been some of the elves' achievements so far?
After four years we established ourselves as one of the most professional and credible source for the Czech media and for the large range of stake holders. Since first announcement about our existence and about the purpose of our activities, thousands persons have being offered their own deployment or sort of help. After Putin's aggression opening their numbers raised again. Of course, Czech Elves have their adversaries too. They belongs namely to disinformation scene and to their symbiotic fellow political populists. There is also dozen of local academics who for years criticized and ridiculed Czech Elves for futile and overkilling “militarization” of debate about disinformation, constantly playing down Russian influence. Now they are surprised and silent. Only Czech president Mr. Zeman, for years openly supporting Russia and Putin, said publicly that he was wrong. By the way, just his speech few days after war begun brought understanding to some people who are for years influenced by disinformation and for whom is Mr. Zeman credible and respected authority.
We are in permanent touch with plenty of other organizations and individuals engaged in security and media communication field. And time to time we are asked for bringing our experience abroad.
New government which has taken power on the end of 2021 announced decisive executive and legislative action countering disinformation. In my humble opinion, we have contributed to this change of sea, and palpably..
Why is this fight important to the elves?

Usage of the word “fight” should be specified. In fact, we collect data, we analyze them and provide reports about our examinations. This "fight" is professional data elaboration with high level of comprehension to political, economic, social and psychological context of disinformation.
Importance is freshly - and sadly - confirmed by Putin’s war crime. Czech digital space is for many years stuffed with deliberately produced disinformation and it had its bitter consequences. Some issues, for example Covid or immigration, were so harshly distorted by disinformation and it consequently influenced political decisions. And through the years, particular proportion of political party begun with regular misuse of disinformation contents and channels. We saw that last general election campaign. Not only radicals but even then prime minister Babiš performed very very low..
How many elves are there?
Some lesser hundreds persons, tens of them active on daily basis. With board of long time serving members who are responsible for management.
What more would you like Americans to know about the elves?
Although disinformation is often full of “patriotism” and “interest of normal people”, in fact we are those taking care about our country. You should know what I am talking about in country where former president used false claims about “election fraud” and heated up mob attacking Capitol.
Sdělovací prostředky
0
Vytisknout
Britské listy plně závisejí na finančních příspěvcích čtenářů. Prosíme, přispějte. ➥
3705

A court in Slovakia: Czech hate speech website Parlamentní listy must not be listed as a source of disinformation

Photo: "No one forces upon you what to think" A Parlamentní listy billboard in the Czech Republic "NO TO IMMIGRANTS" - ad on popular Czech website, sponsored by hate group "We Don't Want Islam in... 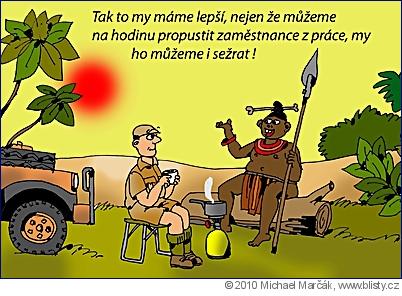