"The calls to expel this student are absolutely nonsensical and unacceptable. To demand that I should expel someone from our school for his religious belief is unreal," said the headmaster Zdeněk Bergman.

"I am a Czech and I fear for my country and its future. Our children and our young people are our future. I do not want my children to be threatened by muslims and by islam. This is why I call on you not to be indifferent to our children. You must defend them from muslim and islamic propaganda," says a typical letter, one of many received by Mr. Bergman.

The authors of the letters complain that the muslim pupil is disseminating "islamic propaganda". The school has organised various events, including a "muslim weekend" during which several muslims living in the Czech Republic introduced their countries. A specialist from the Oriental Institute of the Czech Academy of Sciences gave a lecture. Apart from a muslim weekend, the Teplice school has also organised a week of Jewish culture, Vietnamese days and has invited representatives of Christian churches to give lectures.

"I will adhere to a thought contained in the Talmud," said Headmaster Bergman. "You will not join the majority if it commits evil." 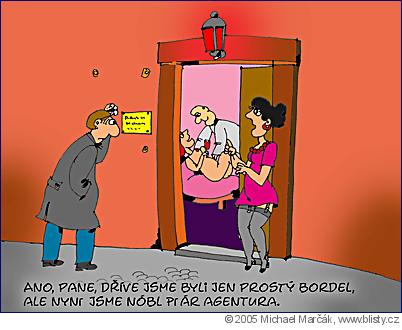