"The highest constitutional representative of a country like the Czech Republic, which can boast a long humanist and democratic tradition, should not participate in a rally organised by a xenophobic sect which spreads  hatred," said the Czech social democratic Prime Minister Bohuslav Sobotka in an interview with the Czech economic daily Hospodářské noviny, published today.  "The president has thus unpleasantly surprised many people," he added.

He continued: "The greatest mistake that we would make in our struggle with these populists who use fascist arguments would be to ignore people´s fear, if we did not ask about the reasons for this fear and if we succumbed to political correctness. Yes, there are real problems, integration of people who have come from a different cultural and religious environment has failed in many places. This is a real challenge for Europe to avoid mistakes like these. The citizens are frightened by the activities of the Islamic State and by the chaos caused by the immigration crisis. This fear is legitimate. The problem is, however, that there are some politicians - not only in the Czech Republic - who do not want to solve these issues, who do not want to rid people of fear, but who whip up their fear. Because this is a wonderful fuel for political careers which were withering on the wine and they have now been rejuvenated by spreading fear and hatred.

By appearing on stage with people from the Anti-Islamic Bloc at Albertov on 17th November, the President has unfortunately joined such populist parasites. It is really serious that Zeman legitimises the dissemination of xenophobia and hatred in an absolutely extreme form. A democratic president should not be doing this. The whole Social Democratic Party, including its conservative wing which has been supporting President Zeman, is now extremely angry with him for what he did on 17th November.

Sobotka added that when the news about the Paris attacks reached him last Friday, he immediately realised that the news would be used against the refugees: "Those people who are now coming to Europe are coming from the same cultural and religious environment as these terrorists. But it is an absurd situation because many refugees are running away from these religious fanatics."

In response to the above interview, Zeman´s spokesperson Jiří Ovčáček has attacked the Czech PM on Twitter: "Czech PM Sobotka has made his choice. He is not the voice of the nation. He is the voice of the media." 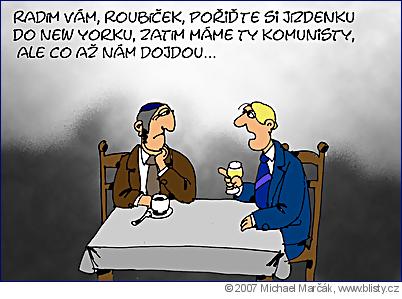