Feeling our way through the fog

This Land is Mine a moral tale couched in comedy, told through the bumbling character of Albert, a timorous and unimposing schoolteacher. His fellow teacher Louise's brother Paul is part of the resistance, planting bombs and sabotaging the Nazi trains. Albert is caught up in the implication of Paul through his bashful national pride and his love for Louise, and he ends up overcoming his cowardice to speak out against collaboration and the occupation, and sacrificing himself to the occupied law. The film is a charming tale of bravery and moral pride.. though, it is, of course, a war film made in the United States in 1943, so it's largely propagandistic. Loznitsa's film on the other hand is emotionally sophisticated, much more subtle, and largely financed by Germany (!)

In the Fog tells the story of Shushenya, who works on the railways until his fellow workers decide to stand up to the local former Soviet authorities, now tyrannically upholding the Nazi occupation, by sabotaging the railway line. He tries to stop them, but then he does not give them up either. Always trying to do the right thing, he ends up attacked from every side.

On the other hand, his comrades on the railway take violent action that hurts innocent people and they are made into martyrs.

The story is told partly in flashbacks. The film jumps around in time and as events are juxtaposed, their emotional inescapability niggles away at us. This is the skewed nature of consequence. We see the sequence of events and wonder, 'how can This lead to That?' Loznitsa uses his trademark long steadicam shots, following his characters as they walk through the village or the forest. We follow the long walking journey, trudging along with the characters and feel time, distance, and deliberation together with them.

The larger part of this film takes place in the forest, that mysterious place. As we follow the characters, the camera turns around and it's so difficult to recognise where who are. It's hard to understand where you are, where you have come from and where you are going. Physically, temporally, and morally. And all around, there's Pushkin's ранодушная природа, indifferent nature. The land around them is always the same, but as time goes on it is trampled on by different enemies.

Cinematographer Oleg Mutu's image is juicy and textured. It looks like old photos left to crinkle on wooden shelves at the dacha. The dirt on Shushenya's face and the steam from his wife's potatoes feel immediately close. This is a film that you can almost feel between your fingers, you can feel the blood on your hands.

Cinema creates an almost tangible emotional world and its unblinking eye can balance both sides of a problem, so it's perfect for tales of injustice, in particular such moral dilemmas as this. It can work to inspire national pride, like This Land is Mine, or it can pose deeply human questions that can call into question our very idea of morality, to perhaps shed some light when we are lost in the fog. 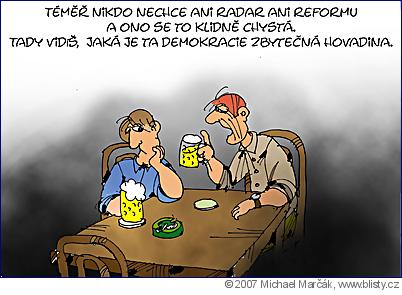