Censorship in the name of Václav Havel?

When in 1997 Václav Havel founded FORUM 2000 with Elie Wiesel, it was a daring, forward-looking initiative. In 2016, FORUM 2000 still exists and still claims to be ‘a global platform for discussion on the perspectives and challenges of democracy, human rights, and the development of civil society’. It is an event for ‘world leaders, statesmen, religious leaders, outstanding thinkers, and global opinion-makers’, which describes itself as ‘an active space where one can freely debate in an environment of tolerance and mutual respect’. It wants to ‘enhance democracy, respect for human rights, tolerance and freedom’. If this sounds a little woolly, well, perhaps it’s because there is indeed a wolf lurking beneath: a fearful, wounded little wolfie that clumsily bared its teeth in Prague on 18 October 2016.

We hereby publish a statement by Pieter De Buysser, a Belgian playwright, whose presentation at Forum 2000 in Prague recently was subjected to a censorship attempt by the organizers of the Forum.

The Forum invited me to its closing event to introduce The After-Party, a play I’m currently working on that is due to premiere at the Archa Theatre in Prague on 17 March 2017. I gave a lecture-performance in which I reflect on Havel’s legacy and introduce The After-Party. The play was commissioned by Ondrej Hrab, the director of Archa, who asked me what Havel’s legacy could mean for other European countries. I am a long-time admirer of Václav Havel. He is a witty, sharp, unconventional, playful and controversial writer. With an uneasy lightness he reveals uncomfortable truths. He is what Goethe termed a ‘universal writer’, meaning that his work is equally relevant to other times and other contexts. Today, his legacy is more important and meaningful than ever. Havel explored, and experimented with, the question of how to live in the truth while surrounded by lies. He joyfully, unconventionally and bravely unmasked the false, repressive ideology of his time. He himself learned that the attempt to live in the truth can have painful consequences.

There are some striking parallels with today. Striking and important differences as well, yes. But we can apply his analysis of the workings of an ideological lie today. His work is a perfect tool by which to criticize our time and the misfunctions of our so-called liberal democracies. The euphoria that followed the fall of communism resulted in a triumphalism that has led the West to let itself be dragged into a speculative adventure that has seeped into the deepest fibres of the neo-liberal principles of faith. Out of the ashes of Soviet communism, a new ideology has risen, one that results in the commonly used term, ‘a post-truth society’.

Havel’s essays and plays contain detailed analyses of the workings of the totalitarian system and the ways it can be resisted. One of these ways is simply to reveal the truth. So I shared some facts with the audience: for instance, that Bush and Blair’s pretext for invading Iraq – still one of the catalysts of today’s geopolitical misery – was the claim that Iraq possessed weapons of mass destruction. Which was a lie. This is not an opinion, but a fact – for many of us, not even an original one.

Additionally, I shared with the audience the fact that liberal countries in the West are increasingly cutting funding for education, culture, the arts and scientific research – because of the ideology of the Invisible Hand, that beautiful fully ideological tale that enchants and holds us spellbound. The people that vote for dangerous populists are not to be mocked; they are excluded by the mechanism of false liberalism that leads to a state of oligarchy. The term oligarchy is increasingly used by people like Francis Fukuyama; as far as I know, he could never be suspected of being an anti-American leftist.

But anyhow, these few claims were enough to cause some people to exit the theatre, some of them shouting: This is what we were waiting for, anti-Americanism! I replied that I also take issue with the EU – at which point I started to share some facts about how the EU Council refuses to exercise transparency so that it can continue on its course. Little by little, I continued with a reading of Havel’s extraordinary essay, ‘The Power of the Powerless’. The essay describes the ideological lies he suffered from and had to live through, and it is equally relevant to denounce our false-liberal ideology (I prefer the notion of false-liberalism because there is nothing new in it and it has nothing to do with liberalism). Criticizing this excess does not mean being ungrateful for the well-being brought to us by liberalism nor celebrating the fall of Soviet communism – not at all; cheers and thank you! But let’s move on. Democracy as we know it has to be constantly corrected. And for the record, doing this does not mean that I am a communist or that I support Putin. I made that very, very clear.

When a person is diagnosed with a dangerous infection, that does not mean that his neighbour is declared healthy – can we agree upon that? It’s not because the Putin regime misuses self-criticism for its own purposes that, like cowards, we should stop being self-critical. The barbaric mechanisms of totalitarian communism are without compare. But it seems that what is comparable is the ideological lie, the demand for art to be an enchanting setting in which to celebrate the powers that be. That is, to help totalitarian regimes. To run away from the theatre or to make a caricature of what is being said there so that you don’t have to deal with it, that amounts to helping totalitarian regimes. Openly, healthily dealing with critical performances is the best way not to help them.

But the worst was yet to come. If I had said during my performance that at events like FORUM 2000 one can no longer express critical reflections, it could be said that I was exaggerating. Nevertheless, that is exactly what happened. After I had said that under false liberalism freedom has, to a certain extent, become a commodity, Jakub Klepal, the director of FORUM 2000, walked onto the stage and asked me to stop speaking – much to the consternation of a majority of the audience, who didn’t agree and wanted me to continue.

It is a profoundly sad turning-point in history that Havel’s legacy should now be misused by halting all self-criticism to the point of censorship. Certainly in todays Czech republic: the friends of Havel need now all the support they can find in order to resist the dark powers of president Zeman and his likes. The Havel friends shouldn’t be shooting themselves in the foot. If today we claim that we want to take Havel’s legacy seriously, then nothing is more misplaced than such self-congratulating conferences. Now is not the time for self-celebrations but rather for convulsive, dangerously endless, beautiful and ambiguous art. Because before we realise it, we will again be standing on the wrong side of history.

On the legacy of Vaclav Havel, introducing The After Party 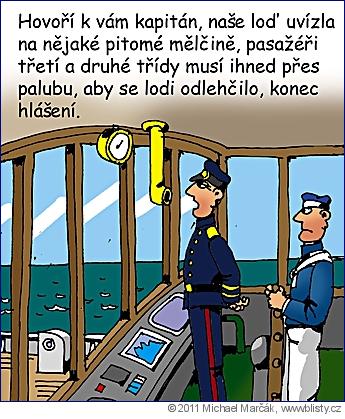