Islamophobia in the Czech Republic: "44 per cent of muslims are fundamentalists" These statements are, however, highly misleading, says Czech sociologist Daniel Prokop. Data from two incompatible studies have been mixed up. The information that 72 per cent fundamentalists are willing to defend their faith by force, is based on a study which has found that 5 per cent of muslims are fundamentalists. The figure of 72 per cent thus relates to 5 per cent of the population not to the 44 per cent mentioned in the press release. (http://goo.gl/UxE9B9)

The numbers about the alleged support of muslims for violence are meaningless if they are not compared to the views of a control group from a non-muslim population, says Prokop. Gallup shows that support for violence is similar between muslims and non muslims. (http://goo.gl/iLvNeU, http://goo.gl/fgyjvY).

The Evropské hodnoty press release is based on Koompans's research which is regarded as highly controversial. It is Koompans who has defined 44 per cent muslims as “fundamentalists”. Koompans defines muslim fundamentalism very loosely. He argues, for instance, that preference for sharia law is allegedly evidenced by agreement with this general statement: "The rules of the Koran are more important to me than the laws of [survey country]”.

The research in question is highly unrepresentative for European muslims. It has only questioned Turkish and Moroccan families from six countries which came to Europe as working class gastarbeiters. Representatives of all other social groups are missing.

Other questions in the survey were questionable. The Evropské hodnoty press release does not mention that the data it quotes is mostly from 2006-2008 and that support of violence has dropped since then in the muslim world (https://goo.gl/).

This is how the Czech media feed fear and hate against muslims in a country which has almost no experience of islam. 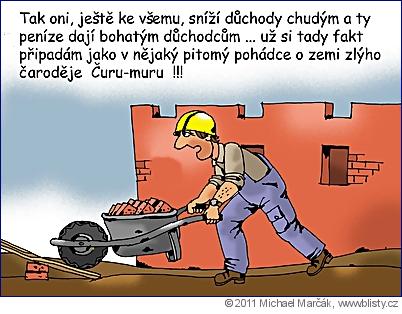