Jitka Obzinová, the editor-in-chief of news and current affairs at "Prima TV", the third most popular Czech television station, and Luboš Jetmar, the representative of the owners of the TV station have held an extraordinary meeting with the TV station's journalists on 7th September, 2015 where they ordered them to demonise refugees. This follows from the testimony of a number of witnesses, employees of Prima TV, which has been obtained by the Czech Hlidacipes.cz website. The Hlidacipes.org website has now published an audio recording from this meeting.

"Another million of refugees is waiting in Libya for someone to ferry them to Europe. The moment they are ere - and there will be many of them here - they will assert their own truth, their vision of the world, their religion, their rules," said Luboš Jetmar, the representative of the owners of Prima TV at a meeting last September where the TV station management allegedly told its reporters to present refugees as a problem, a crisis and a threat.

"Frankly speaking, I do not know whether any one of you wants to live to see this, I do not know how old your children are, but I have a nine-year-old girl and I do not want to see in twenty, thirty years' time that she would be forced to walk about in a burqa and be deprived of all her rights. I really do not want this," said Jetmar.

"We are simply afraid that this can really become a much bigger problem than we realise today. So far, there are only a few hundred thousand, maybe a million, but once there are many of them here, they will really not respect our rules," he concluded.

"The media will need to assume an attitude towards the refugee crisis and our television station does want to assume an attitude. And you must accept it. We are all employed here and we do have an employer who has a certain attitude. I accept it, the day editor accepts it and you will simply obey the orders of the day editor. If you do not do this, you thereby refuse to accept the fact that you are employed here and there is no point in you being employed here," says Jitka Obzinová on the tape.

"You must consistently present refugees as a threat. Keep telling the public that we must fear islamisation and that we do not want refugees in the Czech Republic," the managers  told Prima TV journalists. When the journalists at Prima TV objected, pointing out that such an approach is an infringement of ethical journalistic practice, they were told that objectivity and balance will henceforth NOT be adhered to in the news coverage of Prima TV.

The information about this confidential meeting has now been leaked to the Hlidacipes.org website. "The atmosphere in the editorial office of Prima TV is very tense. Most journalists there are aware that they could be sacked and there are now very few job opportunities for journalists in the Czech Republic, so they do as they are told," said one of the sources from Prima TV to the Hlidacipes.org website.

Prima TV is a private television station. Fifty per cent of its shares are owned by MTG, a Swedish company which operates on the Stockholm stock market.

TV Prima could be threatened by losing its broadcasting licence, but no one in the Czech Republic has sufficient courage to do this. Although Prima TV is a private TV station, if it does not broadcast objective and balanced information, it breaks the Czech Broadcasting Law, says Robert Břešťan, the Hlidacipes.org journalist who broke the story.

The Swedish newspaper Dagens Nyheter has now run this story. The executives from the Swedish company MTG which co-owns Prima, did not want to talk to Dagens Nyheter on the telephone, but send an email in which they said that MTG has "very clear policies for the editorial independence of the press and objective reporting" and that it "is in dialogue with the local management of Prima in the Czech Republic to further understand what has taken place ". 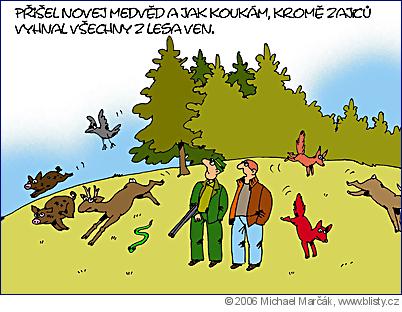