Czech Justice Secretary Robert Pelikán: The conditions in the Czech refugee detention centres are worse than in prisons. The wardens did not even allow me to meet the refugees.

"I visited one of the Czech detention centres for refugees and I felt really depressed when I saw the conditions there," said the Czech Justice Secretary Robert Pelikán in a video interview with a top Czech journalist, after the journalist Martin Veselovský pointed out to him that the refugees are held incommunicado, their cash is confiscated from them by the police and they are forced to pay for their imprisonment.

The Justice Secretary continued: "For instance, the secure space where these detained individuals can get some fresh air is extremely small, extremely depressing. It is surrounded by a high razor wire fence. I do not understand why this space is so small. I did ask why it was so small. The director of the detention centre told me that 'This is how the centre has been designed and this is how it is. It is not my decision.' This was their overall attitude," the Justice Secretary continued. "They even refused to let me in the detention centre. They prevented me from talking to the refugees in a normal situation. The chief warden insisted that if I want to speak to the refugees, I must be accompanied by riot police in full riot gear. This was not particularly conducive to a friendly discussion with the refugees. So I only managed to talk to the refugees through a wall of iron bars. This was quite shocking. And yet these people were perfectly calm. They were individuals which were held there because they were subject to extradition procedures."

"It is strange that the Czech Republic is behaving like this to the refugees," the Justice Secretary went on. "I do not have a very good feeling about this. I would welcome if several ministries dealt with this issue jointly, not leaving it just to the Home Office which evidently regards this approach as correct."

"I can assure you as Justice Secretary that in many Czech prisons, the regime is much more pleasant and moderate than is the regime in the refugee detention centres. I find this absurd. Prisons hold criminals. The refugees are not criminals."

Justice Minister Robert Pelikán was the only member of the Czech government who has recently voted against his government's decision to reject the EU refugee quotas. even though he says in the video interview that the Christian Democratic Culture Secretary Daniel Herman and the Transport Secretary Ťok also sympathise with the EU requirement to accept refugee quotas. Pelikán warned that if the EU disintegrated, the Czech Republic would find itself in a catastrophic situation. 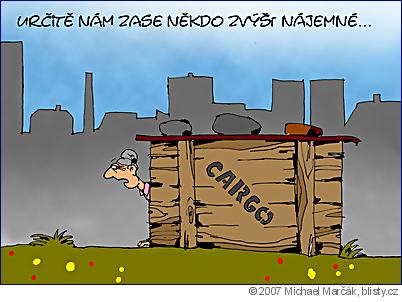