čas čtení 3 minuty
“I don’t want to press on you, it will be your decision”, laughed Barbora Tachecí as she brought to a close the passage in which she did her best to convince Ladislav Kudrna that I was propagating lies and deserved to be fired from ÚSTR.
Before she came to this selfless conclusion, Ms Tacheci had also suggested, starting at 10’15’’, that so-called “academic revisionists” such as “Michal Pullmann and Muriel Blaive” were supporters of Vladimir Putin in the current war against Ukraine, “helping Putin to convince lots of people he is doing the right thing.” I do not know if Michal Pullmann took a public stance over the war in Ukraine, but I certainly did, firmly condemning the crime of aggression and war crimes committed by the Russian troops in Ukraine. I called several times for an international tribunal, I saluted Philippe Sands‘ first efforts in this direction, and I very much hope this creation will happen despite France shamefully blocking the procedure so far.

Yet a surreal dialogue followed between the director of ÚSTR and our star journalist, comparing the situation in Russia and in the Czech Republic today from the point of view of historical revisionism:

Kudrna: We see something similar in our environment, this view ... as applied to our conditions and it leads to the conclusion that it was not so bad, most people agreed with the regime, etc.

Tachecí: These are the views à la Pullmann and Ms Blaive.

Kudrna: These are notorious statements about a social contract, about the meaninglessness of dissent, about how people didn't want to travel, freedom didn't interest them, etc., etc. It all connects.

Tachecí: I can see how it all makes sense, but now, when we come back to the situation in Ukraine, or to Putin, when Putin is talking about the denazification of Ukraine, is that actually just an extreme culmination of all the lies that were being told before?

Kudrna (takes a big breath): ... This revisionism has become a regular part of a hybrid war. And when you fight a hybrid war, it takes many forms. ... We can see the result when this kind of downplaying of recent history ... leads to what we're seeing today. Nothing happens by accident. Everything is intertwined with everything.

Tachecí: Do you think that this Russian aggression in Ukraine will bring, for example, to the Czech intellectual circles, I mean revisionist circles, some, like, I would say, clarification, or that this war will be a certain stage for these revisionist views in our country?

As I indicated in my previous article, I intend to sue ÚSTR so I will come to Ladislav Kudrna in due time; my point here is rather on the journalistic level of Barbora Tachecí. After being labeled in the Czech public sphere a communist and a Nazi, I would now allegedly be a Putin supporter because, as she condones it, “everything connects”, “it all makes sense”, and I lead a “hybrid war”? It is surprising to listen to such an uncultured journalist indulge in public denunciation in front of a live audience while failing to understand the basics of historical criticism.

To suggest that the revisionist history of communism is a precursor of supporting Putin’s criminal endeavors today is the height of stupidity, but not only. The last known instances in this country's history when journalists so eagerly pressured someone in a position of power to lead a purge of their own personnel were in 1948 and in 1970. The period of normalization was more, according to me, a “dictatorship” than a “totalitarian regime”, but repression of course still existed: maybe people were not sent to work camps anymore, but they sure lost their job on a regular basis – as did I. Except that we are in 2022, not in 1970.

One would have hoped that today’s Czech public radio journalists would have acquired a little more of a democratic ethos than under normalized Czechoslovakia, but apparently it is still too much to hope for. At least with Ms Tachecí. Thirty-three years were not enough.

I Was Fired by the Institute for the Study of Totalitarian Regimes. I Wonder Why

In October 2022, I was fired by the Institute for the Study of Totalitarian Regimes, where I had been working since 2014. Seven of us, out of whom six women, were fired simultaneously, including two of my former bosses, Blanka Mouralová and ... 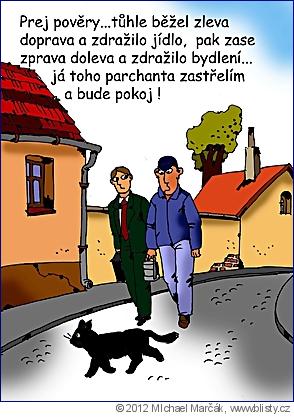