"There are no legal reasons" to ban an islamophobic event, planned by the hate speech group The Martin Konvička Initiative for 11th September. The islamophobes will stage an event entitled "To Mecca with Humour" in front of the Saudi Embassy in Prague.

The Czech Foreign Ministry has asked the Prague municipal office to ban the event or to move it elsewhere, pointing out that the Ministry was responsible for the security of international diplomatic staff in Prague, but the request was refused.

"The local authority must respect the law and there are no legal reasons to ban this event," said Vít Hofman, the spokesperson of the Prague municipal office.

Articles 355 and 356 of the Czech Penal Code do outlaw hate speech directed against a religion or an ethnic group, but these offences are prosecuted rarely in the Czech Republic.

On 21st August, 2016, Martin Konvička and his followers staged a mock Islamic State invasion on the Old Town Square in Prague. A number of passers by were injured. 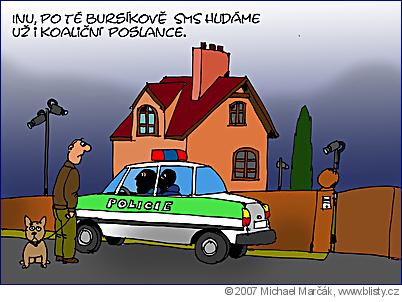