A Miloš Zeman supporter twice attacked a journalist with fists in the face in the aftermath of the Czech Presidential election on Saturday night after Zeman's victory in his election headquarters. The attacker and another person knocked down journalists' cameras onto the ground. The violent attacks were accompanied by verbal abuse directed at journalists.

"You have no right to take pictures of me, you are journalistic hyenas," shouted one of Zeman's supporters in his election headquarters.

The journalists had tried to film a situation when a writer for the extreme right wing, fake news website  Parlamentní listy, member of the Czech Communist Party Milan Rokytka collapsed on the floor because he was heavily drunk. An ambulance was called because Rokytka kept losing consciousness.

(In another development, Facebook temporarily suspended the Parlamentní listy's Facebook page, probably because a large number of complaints was received. The page was later reinstated in spite of its highly questionable content. Facebook usually does not remove mendacious and inflammatory content from its pages, when the controversial material is published in East European languages, thus  destabilising the political situation in the countries where the languages are used.)


Reporter Pavlína Kosová recorded when she was also attacked by Zeman's supporters. She was pushed and told to f.ck off. "You are all journalistic hyenas!"

Here you can see journalists being physically attacked: 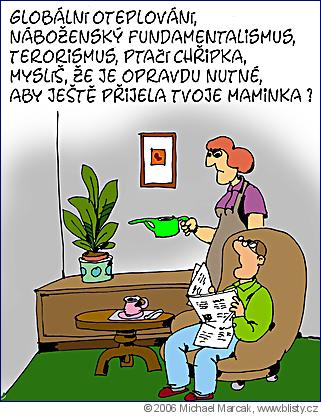