Future Czech leader: I do not want a single refugee in the Czech Republic


Worryingly, Andrej Babiš, the powerful Czech oligarch and leader of the ANO political party, which is poised to win the general election in the Czech Republic in October 2017, has given an interview to Parlamentní listy, a Breitbart-like racist, islamophobic and anti-refugee website which has been, systematically and deliberately,  spreading unsubstantiated alarmist "news" in the Czech Republic.  The mere fact that future Czech Prime Minister has no qualms to give an interview to a highly questionable website should ring alarm bells about the future direction of the Czech Republic. But also consider Babiš's remarkable argumentation:


"I would like Donald Trump and Vladimir Putin to cooperate closely," says Babiš in the interview. He continues:

"It is great that Trump and Putin have finally agreed a joint approach for south-western Syria. This is extremely important for Europe. Europe, USA and Russia should cooperate to create peace in Syria and to participate in its re-building, in a kind of Marshall Plan, in which Czech firms could participate. Peace in Syria would also partially contribute to the solution of the refugee crisis. Only complete peace in Syria and the closure of the borders in southern Libya can lead to curbing the refugee inflows. In August 2015 I proposed that NATO should participate in guarding the southern border of the EU, but no one took my proposals seriously. The politicians mocked me, called me a populist and made moral statements saying that it is necessary to receive the refugees and to respect  the decision of the European Union. Time has shown that I was right. NATO now participates in guarding the seas but it only monitors the arrival of the boats with refugees and it unfortunately does not liquidate the  smugglers of refugees."

"I have recently met my Italian friends and I know what negative impact refugees have on their everyday lives. Europe and some southern states will simply not take the telling in this matter. As I said, I do not want a single refugee in the Czech Republic, not even temporarily. Does anyone regard it as normal that  unsuccessful applicants for asylum in Europe and immigrants brutally murder an old priest and a pregnant woman? The only thing Europe should do is that it might choose in the refugee camps in Tunisia and in Libya whom to accept in Europe and whom to reject. NATO should be sinking empty smugglers' boats and it should be returning the boats filled with refugees to the coast of Tunisia."

"The European Union has long been a multi-speed project. Europe has lost its direction and has abandoned the original idea on which it was built, i.e. the idea of a project enabling free movement of goods, services, capital and people. Yes, the EU has given us peace and economic growth but it is wrong to continue shifting all the power to the bureaucratic behemoth in Brussels since we see that bureaucratic institutions are slow, ineffective and biased. What do you think will be Brussel's attitude in a conflict of a small country with the large countries? The eurozone was originally an economic project, but now it has become a political project and it has many problems. If the EU is not reformed, if it does not adopt a policy of budgetary responsibility and if it does not return to respecting the four freedoms, it would not be a good idea for the Czech Republic to join the eurozone."

As if the American government advertised on Breitbart News...

An extraordinary anti-refugee rant by the Czech Deputy Prime Minister Andrej Babiš: Czech Republic will not accept any refugees

Czech Deputy PM Babiš: "Only Hungary, Slovakia and the Czech Republic will remain normal and free" 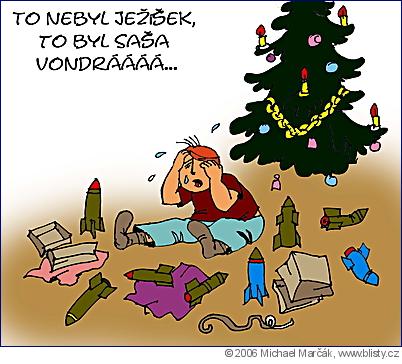