Serbian police: You are not allowed to feed the refugees!

I have just come back from Serbia, says Czech activist Eva Zahradníčková. We were in Horgos. This is the place where people live in shelters made of rags. We talked to UNHCR people there. They told us that women and children have been moved to a brick building in Subotica, which is however closed so there is no access to the refugees. The men were left behind in the fields, in the shelters made of rags. At the moment, there are about twenty of them there. The UNCHR people gave them blankets and gloves. They told me they were not allowed to feed them. We brought food, but within a few minutes Serbian police arrive and a policeman started shouting at us that it is illegal to help refugees and that he can arrest us. After a debate lasting several minutes he told me that it was possible that the food we were about to give the refugees is poisoned so he is in fact protecting them from us.

We went on to Kelebia. Again the men over there survive only in rag shelters. During the they they congregate under the roof of a bistro where they are allowed to sit or to charge their mobiles. This is where we met a group of volunteers from Germany who bring food to them. All the refugees are waiting to be given a number. On weekdays, Hungary accepts 10 refugees per day. They take women and children. Men must wait. This is how fathers are separated from their families.

Men in Kelebia told us that before dawn the police gave and brutally kicked them for some time. When I asked why they did so, a refugee answered: "Because they can."

Watch this shocking interview with Eva Zahradníčková, "Inhuman and degrading treatment of refugees of Greece" HERE 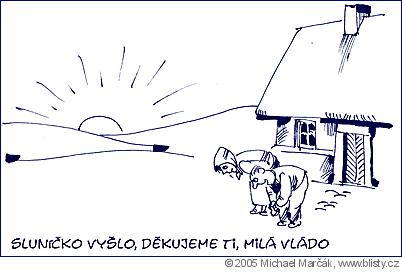